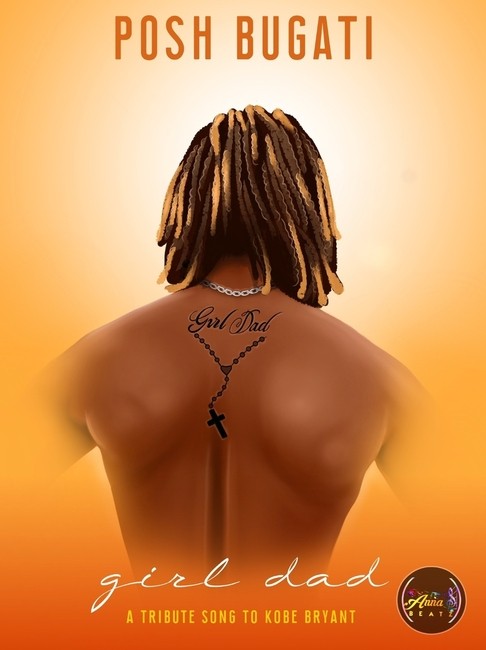 There’s a reason why the phrase “blood is thicker than water” has been relevant since medieval times. Familial bonds often withstand any other connections of friendship or love. Artist Poshbugati prides himself and his music on his love for being a family man. He was born and raised in Jos Plateau, Nigeria, and always remains true to his humble beginnings. He was exposed to music at a young age when singing in the church choir; that was when he knew this path was carved out for him. The now Miami resident found inspiration in legends like Fela Kuti, Tupac, and Bob Marley. Poshbugati uses the musicality of those before him to steer his propulsive Afro-pop sound. The songwriter’s muse comes from his family, specifically his two daughters, who are his guiding light.

His debut music video, “NO FIGHT” is a sunny island track that continuously pushes out good vibrations. Couples might have disagreements and bicker often, but sometimes they need to push their differences aside to keep the peace. Poshbugati knows that two wrongs don’t make a right. With his flexible and multifaceted disposition, the artist is bound to break through the industry and expand his already established record label, Annabeatz.

On the mournful day of January 26th, 2020, basketball icon Kobe Bryant and his daughter Gianna “Gigi” Bryant were killed in a helicopter crash outside of Los Angeles. Besides being the NBA All-Star of the Los Angeles Lakers, Bryant frequently boasted about his love for his daughters. He even told a pregnant reporter once that, “Girls are amazing. I would have five more girls if I could. I’m a girl dad.” Soon after his death, the hashtag #GirlDad went viral in honor of Kobe and Gianna’s death. Poshbugati took that hashtag and made his own version of what those words meant to him in the new music video “GIRL DAD.” He dedicates the song to Kobe Bryant in a way that would honor him the most: by celebrating all of the daughters out there.

It’s a warm day in Florida, and Poshbugati wants to make the most of it. He knows that strong parental support leads to strong girls. So, he provides for his daughters in every way; he cooks them breakfast, buys them clothes, and plans a whole day of adventures, but most importantly, the father supports, cares, and uplifts his girls every day. He calls out to fathers of the world to “wake up from their slumber” and embrace their daughters. It might be the stereotype for mothers to be the more nurturing and affectionate parent, but there is no specified role to care for your child; love is universal.