Bludgers’ press material got it right when it described this act’s music as “the big, sweet spot between power-pop and country.” Indeed, that’s precisely what this EP is. 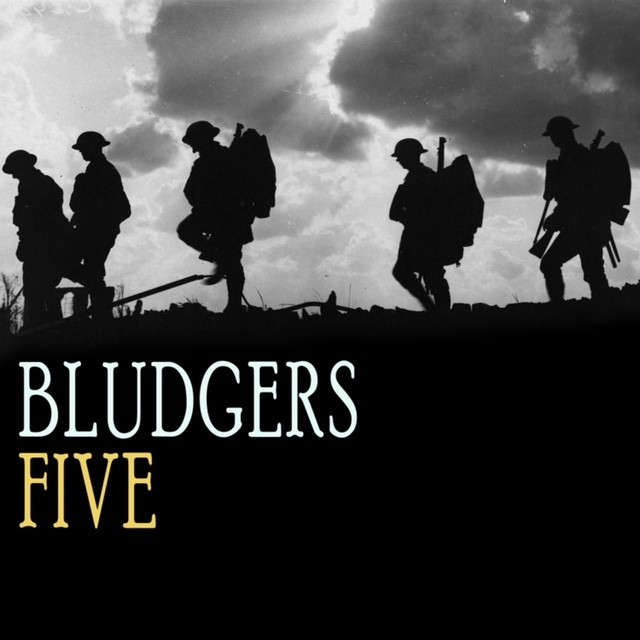 One titled “Frozen Ground” sounds like one of those memorable Son Volt songs, built upon a driving rock groove that features smartly self-doubting lyrics. The song also features a delightful electric guitar solo. Maybe this frozen ground refers to the frigid climate of the band’s hometown in Champaign, Illinois. Then again, it could be the metaphor about a farmer that can’t grow crops in frozen dirt. Similarly, whatever this character is attempting to do, the environment (whatever that is) is just keeping him from getting it done. “More Things You Don’t Need” is more of a twangy, Western-sounding song. It lopes along, like a clip-clopping horse ride, with plenty of space in its mix. Lyrically, it’s all about working hard to gain a whole lot of useless stuff. If we’re not working to obtain the right stuff in life, we end up with a lot of emotional clutter.

For “Saint Monday,” Bludgers quiets it down. It’s a melancholy track, which seems to be a kind of anthem for the working class. Sonically, the song features a guitar part that feels more British Invasion, than Midwest alt.country. Toward the track’s end, there is what sounds like a choir of backing vocals. It’s a sort of secular song of salvation. “All of us will be forgiven,” it predicts. It’s an unusual lyric, and one open to multiple interpretations.

The EP closes with “Full Steam Behind,” which is created with a choppy, New Wave-y electric guitar groove. Much like “Saint Monday,” this one is also miles away from the farmlands of Bludgers’ alt.country sounds. It also has a bit of positivity running through it. However, its title reads like the opposite of ‘full steam ahead,’ which is a call to forward motion. Therefore, its sonic vibe is somewhat different from its words.

Opener “Dirty Laundry” features a wonderful, Tom Petty & the Heartbreakers-esque electric guitar groove. It’s not exactly clear what is meant by the ‘dirty laundry’ sung about. When folks speak about dirty laundry, they’re usually referring to things they’ve done, things that bring them shame. To ‘hang out our dirty laundry’ is a way of saying they’ll be un-hiding they’re bad behaviors. One suspects this song may be a veiled shot at Donald Trump. Was he the one that was doing all the dirty tricks referred to in the lyric? Did he create all the dirty laundry our collective American population has been trying to hide? It’s tough to say, as the group doesn’t give any specific examples.

If you were a fan of Uncle Tupelo, or are a fan of Son Volt, you’ll enjoy a lot of the music on this EP. Also, if you have a soft spot in your heart for power-pop and New Wave music, much of this music will touch a nerve in a good way. This band seems to have a multiple personality thing going on, where it can sound like totally different groups from on song to the next. If this tendency doesn’t bother you, FIVE will get a lot of your appreciative attention.