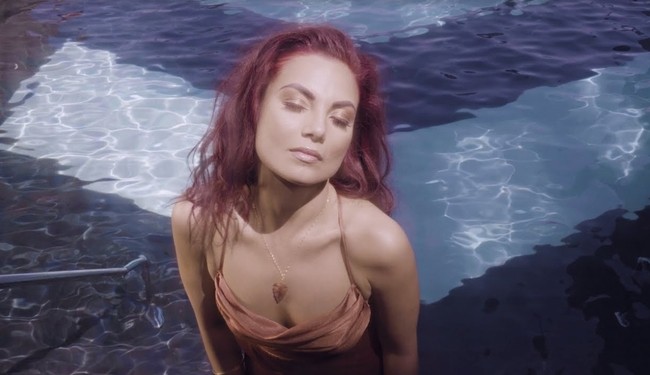 Turn on “Carousel,” the latest single from New York City’s genre bending singer-songwriter MJ Songstress, and the first thing you’re likely to notice is the intoxicating beat. An unmistakable sonic signature with a mid-range thump, “Carousel” is a sensual, immersive and propulsive bop, designed to pick you up and whirl you around into carefree, spiritual existentialism. It’s a song that’s guaranteed to fill the dance floor, and one that will surely put you in the mood for new love.

If all there was to “Carousel” was its engaging sound, it would still be well worth spinning. But MJ Songstress isn’t just about visceral thrills, she’s also an experienced composer and multi-instrumentalist with a deep understanding of musical composition. She’s given us a song that would sound just as good if it was presented on solo piano as it would bumping out of the speakers at one of NYC’s legendary nightclubs or London’s Vauxhall scene. She’s pushing toward an unprecedented fusion of pop, jazz, hip-hop, R&B, and Latin music – one that represents everywhere she’s been and everywhere she’s determined to go.

Although she has already accomplished a lifetime of achievements, she is not one to press pause. She’s been a successful contestant on televised singing competitions on both sides of the border. MJ Songstress was part of Team Usher and a Top 20 finisher on the sixth season of NBC’s The Voice, and she was a finalist on Televisa’s La Voz México. In her career, she’s worked with legends: Swizz Beatz, Nile Rodgers and CHIC, Wyclef Jean, A.B. Quintanilla y Los Kumbia All-Starz, to name a few. “Carousel” is the culmination of all the work she’s done so far, and it’s likely to appeal to anybody wishing to be swept away by love.

In addition to her compositional talents, MJ Songstress is also a skilled dancer, and director Sage Love highlights her natural grace in the clip for “Carousel.” The star is a stunning presence onscreen, and wherever the camera finds her – a swimming pool, a club, on a balcony overlooking the city skyline – she looks simultaneously natural and radiant. Astutely, Sage Love distresses and fades some of the footage and gives the entire clip the feel of a rapturous dream. MJ Songstress dances through it with a smile, elusive and alluring, beckoning the viewer to get to know her better.