Building on his recent success of bridging his career between English-speaking songs as well as Spanish versions, Evan Craft is releasing his fourth full-length Spanish album, along with an English version and his first ever deluxe bilingual album – all on Feb. 19. 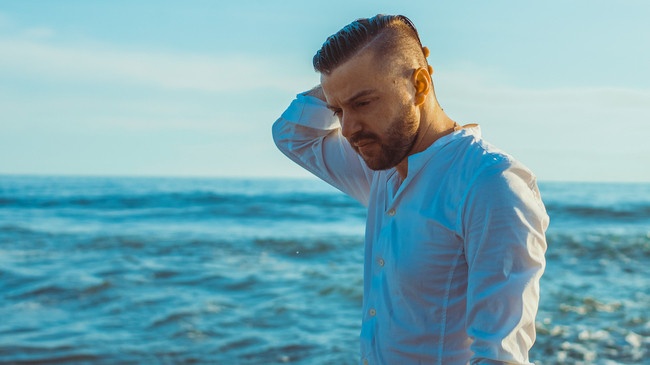 Craft, a non-Hispanic, has become a welcomed artist in the Latino community not only for his authentic music, but his actions behind the words. He recently raised $250k for the homeless mission in Los Angeles by putting on events and concerts called Mi Casa LA.

In 2018 he rode his bicycle 1,200 miles across South America in a fundraising effort for various causes. A book and documentary of this trek are currently in the works.

The album package is called Desperado, which means desperate, but it carries a message of hope delivered as a fun, Latin pop song.

“These albums were really fun to create because I was able to work with friends from Latin America and the Nashville scene,” he said. “I’m all about mixing groups of people, connecting, building bridges, and it seems like the music industry and listener is open and ready for positive bilingual music.”

Be Alright, the first single from the album, features Danny Gokey and Redimi2 and debuted at #42 on the Billboard Top 100 Christian songs list in September of last year. With more than 243 million global audio streams and nearly 600 million global video streams to date, Craft hopes Desperado will continue to bolster that momentum and reach even more of the Latino community.

Although not Hispanic himself, early in his career, Craft developed a deep love for the Latino community in and around his Thousand Oaks, California, community. He began learning Spanish in high school to help his father who was running a homeless shelter in Los Angeles.

In an effort to fully immerse himself in the Latin culture, Craft traveled to Mexico and other Latin American countries, which would spawn his first Spanish album.

He recorded Yo Soy Segundo in 2012 and much to Craft’s surprise, it became the No. 1 Latin Christian album. More mission trips would follow to South America and Craft’s online Spanish interpretations of popular worship songs have generated millions of views and earned him a devoted following.

“I have felt an incredible reception in Latin America,” Craft said. “I’ve been to Cuba, Venezuela, Bolivia, Paraguay, Argentina, Chile and 99% of the people have honestly embraced me. It’s overwhelming and humbling.”

The English release will feature eight songs (in English), that will not be featured on the Spanish version. The Spanish album also has eight songs that are featured in Spanish only. The deluxe version will be a blend of English, Spanish and bilingual versions. All of the songs on the three albums were written by Craft.

“This year is the culmination of a lot of effort, work, songs, and dreams over the last few years,” Craft added. “I’m excited to share my new songs with people and work with great writers and storytellers. There is an electricity in the air and a feeling of strong momentum driving this season.”