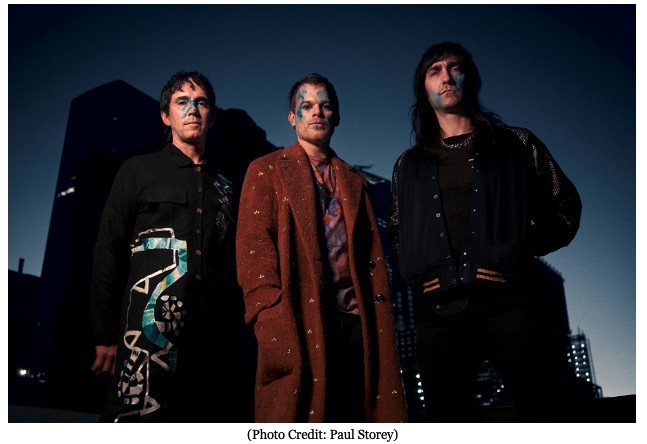 Princess Goes To The Butterfly Museum is comprised of vocalist, lyricist, musician and actor Michael C. Hall (Dexter, Six Feet Under, Hedwig and the Angry Inch), drummer Peter Yanowitz (The Wallflowers, Morningwood) and keyboardist Matt Katz-Bohen (Blondie). The songs on THANKS FOR COMING, most of which were created under the cloud of the pandemic in New York City, look into music’s future without ignoring its past. The folk-rock sound of “Armageddon Suite” is a reflection of Princess’ Bowie-esque roots, the group’s bonus-track cover of Phantogram’s “Cruel World” sports a mellotron-like introduction that immediately conjures up “Strawberry Fields Forever” and “Eat An Eraser” is a dreamy and dance-able track with an 80s-inspired synth-pop groove.

The trio eschews traditional rock instrumentation in favor of stripped-down synthesizer-and-drum attack. A wealth of disparate influences flow into Princess Goes to the Butterfly Museum’s songs – the glam, experimental, ambient music of David Bowie, Giorgio Moroder’s ‘70s disco productions for Donna Summer, ‘80s new wave dance music, contemporary electronic dance acts like Justice. A theatrical sensibility is part of the trio’s DNA, especially in live shows, having met several years ago on Broadway during the production of Hedwig and the Angry Inch.