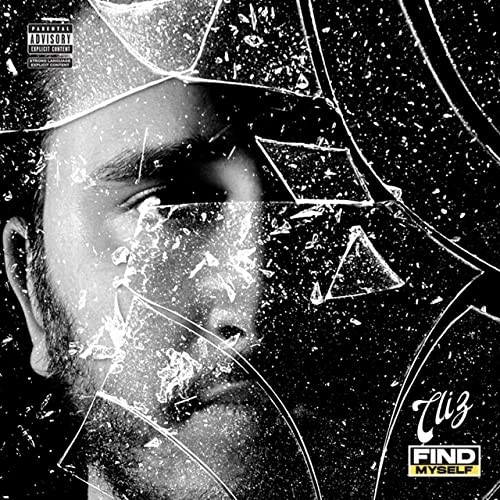 Haunting the CCTV feed, the grassy space behind the building, the abandoned floors and everywhere in between, Cliz is everywhere we look and listen in the new music video for his single “Find Myself,” and yet the premise of this visual experience doesn’t necessarily suggest self-indulgence. Indeed, there’s an introspective quality to how some of this imagery could be interpreted, but for the most part I would have to say that the real message in this piece has more to do with self-confidence than it does self-admiration. Taking into account the lyrics and the tone of the instrumentation they’re presented to us beside, there’s something darkly honest about “Find Myself” that allows for us as listeners and critics to take its title incredibly seriously. While Cliz is definitely not an artist who is still trying to figure out who he is or where he belongs in the grander scheme of things (at least as it relates to his place in the underground hierarchy of American hip-hop), he’s very much acknowledging that his development will likely never conclude – leaving him to stew in the angst of knowing he will both constantly feel like he’s peeking while never actually reaching his ceiling. It’s rather profound, and easily one of the most relatable narratives I’ve come across in rap lately.

The bass element here doesn’t have as much of a presence as a lot of other producers would have given it, but frankly I don’t think that the tight style of the mix really allows for a lot of excess on that end of the EQ. In order to present old school fundamentals (the structure) through new school intensity (Cliz’s actual delivery), there has to be a lot more emphasis placed on the tone of the percussion than the thickness or volume of the bassline behind it. Thus, the lack of any synthetics on the backend was essential to making “Find Myself” sound like a tightly-wound grenade as opposed to just another alternative rap track with a fussy bass/drum component. By doing things this way, Cliz’s vocal never has to compete with anything in the instrumentation, and the beat is able to contribute to the overall mood of the music as much as any of the lyrics – or the voice conveying them to us – ever would.

If Cliz stays on this path and keeps making music as well-arranged as “Find Myself” is, he’s going to be riding the gravy train in this industry for a long time to come. His is definitely among the most competitive scenes in all of the country at the moment, and although there’s a credible argument to be made that he’s not the only interesting player to be following right now, his latest single might be the best song-and-video release to hit record store shelves in February. He’s got the right edge at the moment, and provided he stays true to the persona he’s established so far, he won’t see this momentum slowing anytime soon.