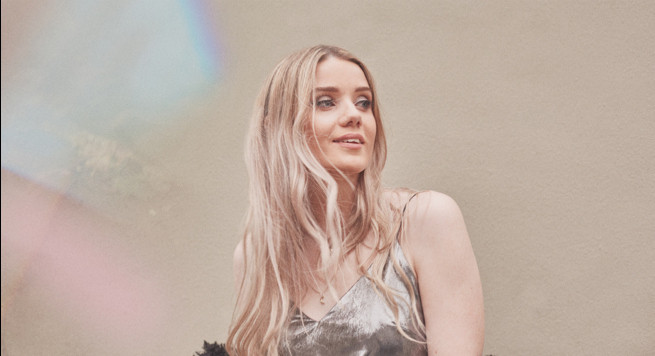 Dublin born, London based country-pop artist Aoife Carton bursts back onto the scene in 2021 with her brand new single ‘Who I Am Today’. Having previously seen support from RTÉ Radio 1, 4FM, KCLR, Dublin City FM and Tom Robinson’s BBC 6 show Fresh on the Net, Aoife is set to make her mark with ‘Who I Am Today’ as she expertly combining her empowered attitude, enchanting lyricism and stunning vocals.

Having graduated from the British and Irish Modern Music Institute (BIMM) with a degree in songwriting in 2019, based Aoife Carton spent 2020 honing her craft so that 2021 could be a success. Aoife has been developing her sound since she started writing songs at the age of fifteen. A writer before a songwriter, lyrics are at the heart of her music. Influenced by a range of artists and genres, Aoife’s newer music has developed a Country- Pop feel, the genre of music she loves to listen to most.

Aoife took a big step towards her music career in 2017, when she booked a solo flight to Nashville, Tennessee on her 21st birthday, determined to play at the famous Open Mic Night at the Bluebird Cafe – which she did. After yet another visit to Nashville (with the hopes to return very soon) Aoife’s newer music has truly been influenced by Music City. One of her biggest influences growing up, was the late Mic Christopher, and so she loves taking part in many of the celebrations in his honour. In the past she has sang his songs alongside many of Ireland’s most well-known singers, in Whelans, The National Concert Hall, Vicar Street and on the Ray D’Arcy Show.