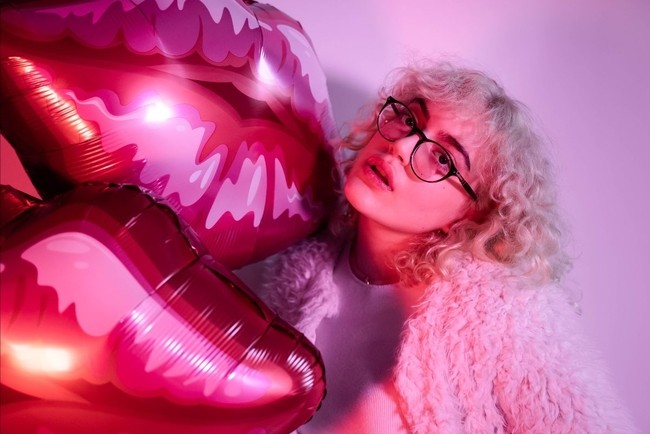 At 10 years old, her worldview opened up to become a performer when she sang 2 self-written songs at an open mic in Nashville, TN. Needless to say that from an early age, New York-based Simone has set her vision on sharing her love for music. “Kissing Strangers”‘s arrangements are sonically rich to match, mixing radio-ready pop hooks with indie rock grit and singer-songwriter intimacy.

Simone about her new single: “Kissing Strangers” is inspired by one of my all-time favorite shows, “New Girl”. There is an on-again-off-again relationship between two of the main characters, and I ended up writing from the guy’s point of view, who initiated one of their splits. The song is about messing up something that you wanted so bad, regretting it every second, and doing anything to get this person back. So you go out and try to make them jealous by kissing random people at parties (because somehow that’s gonna make them fall in love with you again, right?).”

Simone writes with a cinematic eye here, capturing the rough edges of modern relationships in vivid detail. The track is a buoyant, brilliant earworm exploring the rise and fall of young love in all its exhilarating, heartbreaking transience.

Born and raised in New York City, Simone first fell in love with Broadway as a youngster. By the age of ten, she’d already appeared in a slew of musicals, and by the time she hit middle school, she was writing her own songs and performing regularly at New York open mic nights, such as Sidewalk Cafe. It was at one of those early performances that Simone caught the attention of a New York-based producer, and soon she found herself recording in a proper studio and making waves across Spotify and social media. With a mix of mesmerizing performance clips and down-to-earth, straight-to-camera videos documenting daily life, she quickly went viral on TikTok (215k followers), racking up millions of likes from fans around the world who could relate to both her unabashed ambition and dry, self-deprecating sense of humor.