KUČKA today announces her debut album titled Wrestling and shares a video for new single “No Good For Me.” Wrestling is a collection of intricately produced songs showing her deepest sense of self – due out April 30th via LuckyMe (Baauer, Hudson Mohawke, Nosaj Thing). 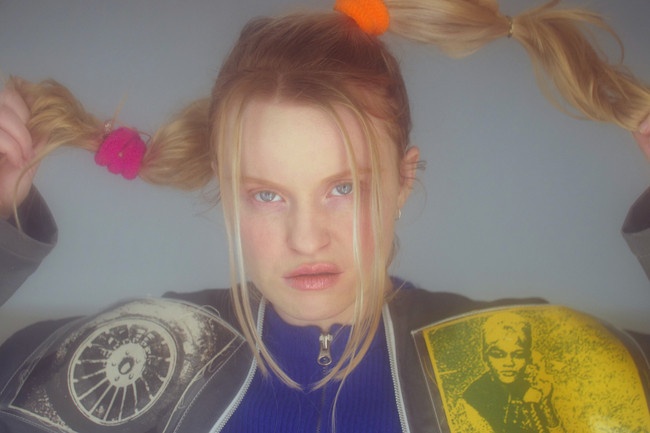 Says KUČKA, “it’s a song about letting go of people who don’t vibe you up. Writing ‘No Good For Me’ was about capturing the energy of psyching yourself up to deal with that conflict.”

KUČKA wrote over fifty pieces before narrowing them down to the twelve songs on Wrestling, which is marked by a conscious effort to establish herself not only as an impeccable producer and collaborator, but as a songwriter, too. The lyrics are personal and revealing – a contrast against the meticulously effortless layers they’re embedded upon. As with KUČKA’s previous releases, the album is largely self-produced with collaborations from only select additional producers including longtime Frank Ocean collaborator, Vegyn, her ‘support bubble’ buddy, Flume, and labelmate Nosaj Thing.

Now married and living in Los Angeles with her wife — the visual artist and director, Dillon Howl, who creatively directed Wrestling — KUČKA’s debut album is the result of a tough but fruitful transitional period in her life. It’s an honest depiction of her lived experiences narrated with futuristic sheen. Drawing inspiration from the thriving contemporary and digital art/indie music/radio scenes in Los Angeles, and the activism in the city, Laura is committed to community engagement and the power of music (even mentoring young talent as an official Ableton instructor throughout lockdown). At the heart of Wrestling is her transcendent ability to express feelings with which any listener can identify; welcome to the world of KUČKA.