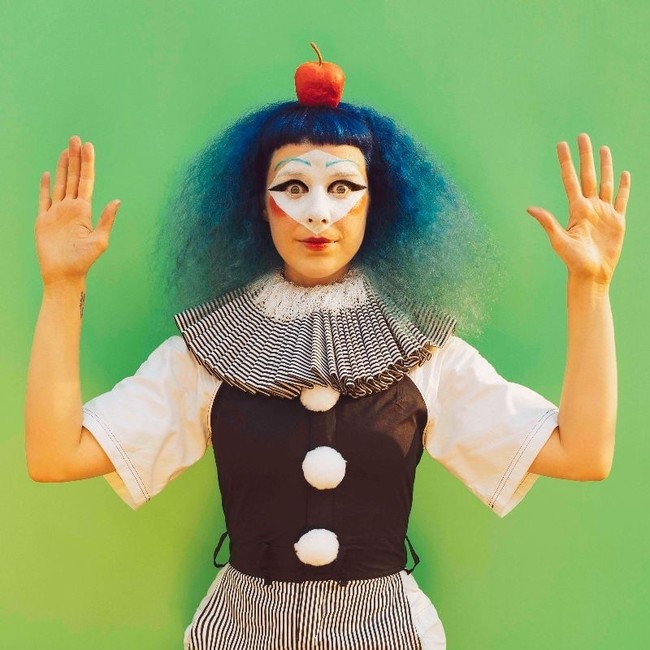 Watch the video for lead single “bless your name” (feat. Greg Saunier on drums and produced by Rachel White):

jess describes the video: “bless your name” is a self-directed mime piece. I wanted to make a video that depicted the roots of my shame, tracing back to christian teachings of my childhood. I grew up on stories of “the original sin” (Eve as the original sinner, eating the fruit from the tree of good & evil), the forgiveness of sin (Jesus dying on the cross), & the self-fulfilling punishments of being bad (Eve discovering her nakedness & being kicked out the garden, Judas hanging himself for having handed Jesus over for 30 silver coins). In these seemingly harmless stories, I internalized that women should be ashamed of their bodies, desires & decisions. I exalted the martyrdom of Jesus Christ, someone who would take on the sins of the whole world & free us from our shame. In the video, I treat my guitar as my cross to show my attempt to sublimate sin through the emotional labor of music.”