Seattle-based multi-instrumentalist and songwriter Jesse Rosenthal shared his new single “Ever Since You Left.” The track is the second offering from Rosenthal’s upcoming solo debut The Killing Language. Look at My Records featured the track today as a “New & Notable” pick, praising, “The track flows with a lively, bombastic energy that stems from a combination of over-the-top lyrics and Rosenthal’s own knowledge of 80s pop music tropes, which he seamlessly incorporates into the song’s instrumentation and structure. The big, shiny riff that arrives just before the three-minute mark and serves as the bridge to a series of more subdued ones really stands out as fitting into this mold, as it sounds like it was plucked right out of the credits of a John Hughes film.” 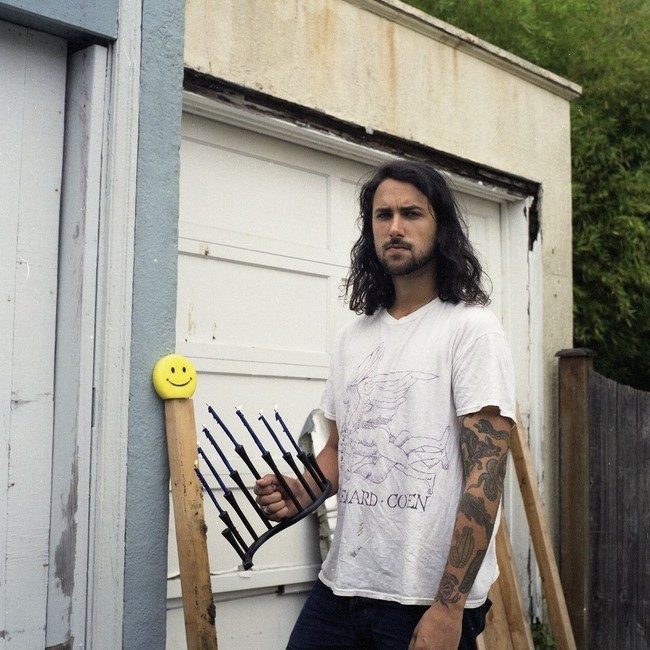 The Killing Language features Rosenthal’s sonic range and complexity, taking listeners on a journey spanning traditional genre boundaries, yet offers a consistent, underlying tone of whimsy and camp. Listen to “Mitzvah Bells” on all streaming platforms and Bandcamp now — The Killing Language is out April 2nd.
Jesse Rosenthal on “Ever Since You Left”

Ever Since You Left is probably the song on the record that best captures the bad joke the project is trying to make. At face value it’s a pop song that draws on a theatrical energy while using tropes from commercial 80’s music. It’s a zombie of cliches in its instrumentation, form, and especially lyrically. Although all the drama of the song is sincere too. It’s exaggerated like a cartoon is exaggerated— or how somebody uses hyperbole when telling a story to make their audience feel as much as they felt in the moment.