In Nashville, in Southern California, in small clubs and honky-tonks all over Country Nation, the tide is turning. A new generation of smart, articulate, and fiercely talented young women are taking the airwaves by storm. They’re making music that’s too good – and too much fun – to be ignored. The future of country is female, and Kailey Nicole is right there in the vanguard. 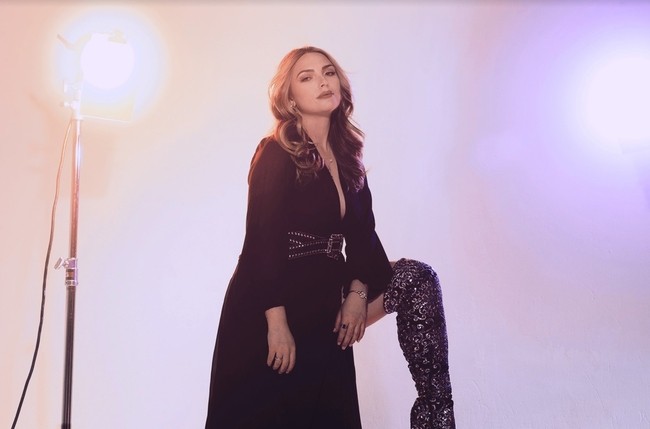 Kailey Nicole isn’t exactly a traditionalist: her attitude and sound are too contemporary for that. No matter how classic her records sound, she’s a 21st century woman, one with broad tastes and a deep appreciation for all musical styles. She’s taken from the traditionalists an understanding of the importance of songcraft, a timeless sense of humor and playfulness, and a taste for spacious arrangements and beautifully decorated mixes.

“Aim A Little Higher”, her latest single, is quintessential Kailey Nicole – wry, funny verses, a rollicking singalong performance, and an easygoing, winning performance from the singer-songwriter, who has settled into her role as a country-pop storyteller and font of hard-won wisdom.

The single continues a winning street that began when she was a teenager. Nashville Stick-Up, her debut EP, established Kailey Nicole as a young woman with an old soul. No matter how giddy and excitable she could be – and Kailey Nicole can certainly start a front-porch party when she wants to – she’s always sharply observant, and gifted with a rich sense of irony. The stunning six song Kailey Nicole EP, released to critical acclaim last year, deepened her character and further elaborated her search for love. “Aim A Little Higher” is solid romantic advice, too: it’s a tuneful reminder that a woman who has got the goods should never sell herself short.

Kailey Nicole’s discography is busy with songs about the chase for a perfect partner. The “Aim A Little Higher” pokes fun at the singer’s romantic aspirations by casting her as a contestant on The Bachelorette – and besieging her with a quintet of unqualified suitors. She suffers the advances of a procession of bad boyfriend-types: the one who is too aggressive, the one who is too self-absorbed, the slacker, the guitar-slinger. Yet she’s got the rose, and she’s determined to give it to someone worthy. Her solution does more than merely surprise the viewer: judging by the look on her face, it surprises her, too!