Ask the average American where Estonia is on a map, and you’ll likely be met with a blank stare. If they can locate it, they’ll most likely assume it is a Russian-influenced satellite state not just because of the proximity but because it was a former member of the Soviet Union. A little known fact to many people is that this tiny powerhouse of a country identifies much more deeply with its trans-Baltic neighbors Sweden, Finland, and Norway. The ferry from Tallinn connects thousands of Estonians each day to Helsinki, Stockholm, Copenhagen, and more. 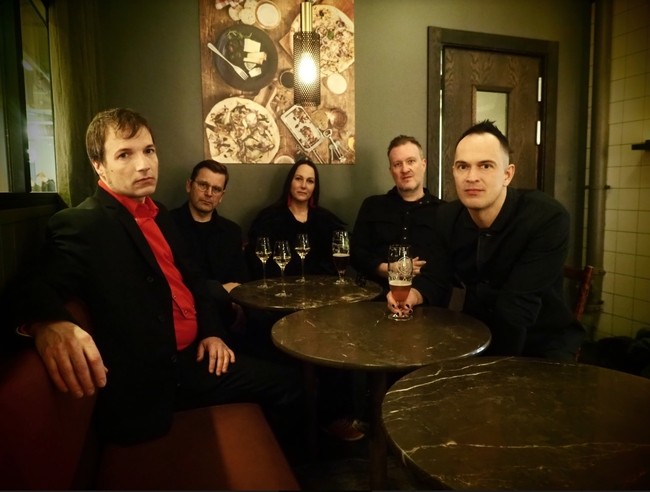 With this little bit of history and geography, it should be no surprise that there are still parts of Estonia that speak Swedish. Long before Zoom collaborations made globe-spanning collaborations trendy, Sweden’s Grammy-winning folk-rockers Garmarna were pushing the boundaries of cultural influences. Over the last 30 years, they have been stirring in a rich blend of influences that create their unique sonic blend.

On their seventh and latest studio album, Förbundet, Garmarna continues blurring the traditional and the modern, with the often multi-tracked vocals of Emma Hardelin floating above it all. This unique blend of genres appeals to metalheads, folk lovers, and even classical aficionados alike. Acoustic instruments are rarely pushed to their limit like this, and electric instruments aren’t normally treated with such precision.

The new single “Dagen Flyr” is a tale from the Swedish speaking parts of Estonia about old age, a goodbye to life, and a welcome of sorts to the inevitable death. “My soul shall free itself and rise up flying,” sings Hardelin with a sense not of defeat but conviction. The video creates a translucent collage of haunting footage of the band performing while blended into stylized prints of a deep Baltic forest. Color is used sparingly, primarily reserved for the blood-red lines that outline a coffin floating on water with roots penetrating the ground underneath. It’s a rare talent to turn death into beauty, but by reexamining what we know, “Dagen Flyr” opens our eyes and ears to a new understanding.