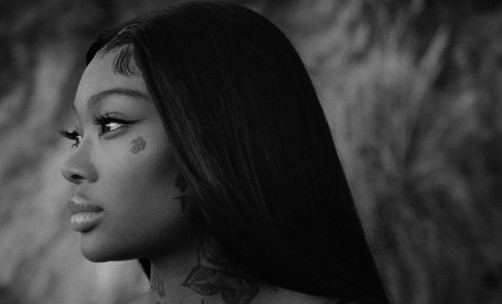 With her platinum-selling debut critically acclaimed album Over It still a perennial contender amongst R&B aficionados, Summer Walker (LVRN/Interscope Records) releases the long-awaited video for her standout record “Body.” Directed by Lacey Dukes, the body-positive visual not only finds Walker in a tranquil, reflective state but also embracing motherhood. Filmed in Calabasas and Malibu, Walker’s ethereal vocals over the popular 702 “Get It Together” sample are also on display, proving why “Body” is still a slick jam and fan-favorite two years later.

After gracing Billboard Magazine’s cover for their R&B / Hip-Hop Power Players issue last November, she starred alongside Erykah Badu for Rolling Stone’s Musicians on Musicians cover. Her win streak continued when she walked away victorious at the 2020 Soul Train Music Awards, winning Album of the Year for Over It. Walker’s latest feat added to her growing collection of awards. She previously netted wins at the iHeartRadio Music Awards for Best New R&B Artist and the Billboard Music Awards for Top R&B Female Artist. In December, Walker began her journey as an executive with her new imprint Ghetto Earth Records. The joint venture deal with Interscope Records landed Walker her first signee NO1-NOAH. The talented singer/songwriter recently partnered up with the Over It artist on her Life on Earth EP, and together, they shined on “White Tee” and “SWV.”