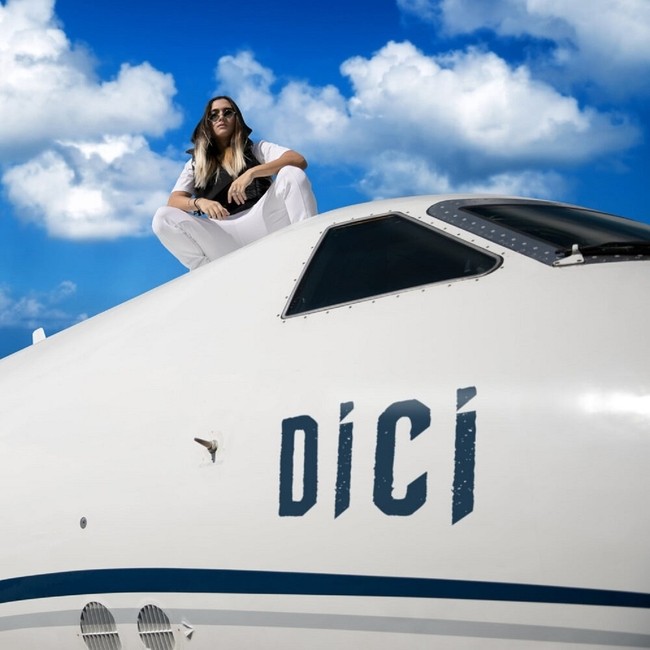 The answer is undetermined, but the question is; is the world ready for the dynamo, known as Dici? The answer won’t remain unclear for much longer, as Dici’s self titled EP is about to be unleashed upon us. Where do we begin with Dici? He is Italian born, and Miami raised, and somewhere in between, he attended school in Japan. What makes this even more sensational, is that Dici is only 17 years old.

Personally, I have found this story, and this young man, himself, to be almost incomprehensible. He has crammed an extraordinary life into an extremely short duration, and he is still not even of legal age to vote. At first glance, Dici may appear to be something of a caricature. His entire description seems like someone out of a Jorma Taconne film. At first glance he is strikingly cosmetic and hysterical, all at once.

While Dici’s brand of hip hop isn’t particularly innovative or groundbreaking, the presentation is. As an Italian crossover act, he has to be one of the first, yet he has a formidable grasp of the American rap style. His beats are smooth and velvety, and his lyrics range from self-congratulatory to salacious. Based on all reports, he composes all of his own material, and essentially taught himself how to mix and produce. It almost seems understated to call Dici a prodigy, but he certainly justifies the label.

Speaking of labels, Dici is not only a rapper, he is an entity. He also just happens to have established his own record label, called, of course, Dici. I’m swimmin in cash/they call me an otter/magically vanish/then call me a potter, he raps on “4 Door.” Dici is more than capable of being somewhat acerbic at times, and not ironically. He’s still too young to be self aware, but it’s not as if he is oblivious, either.

Dici believes he is exactly who he says he is, because he lives his gimmick, so to speak. He has adapted the persona as a manifestation of his own ideals and aspirations, so any and all pretensions were discarded from the start. He advocates a mercurial and almost surreal lifestyle, and in an era of absurdity, it probably translates better than it should. There is no question that Dici is supremely entertaining and audacious, and would stand out in any crowd. In fact, it wouldn’t be surprising to see a throng of imitators surface, pending the rise of his profile.

Dici has created a Dici-centric world, and we may be on the verge of living in it as well. He has that extra gear, even in his youth, that seems capable of shaking off any potential adversity, and/or evolutionary invocations. His look already wins more than half of the battle, and his persona, the rest. His music is an addendum, that makes him more credible than most would initially assume. And that’s not to sell the music short, whatsoever. The beats, the rhymes, the decrees, and the message, it’s all Dici.