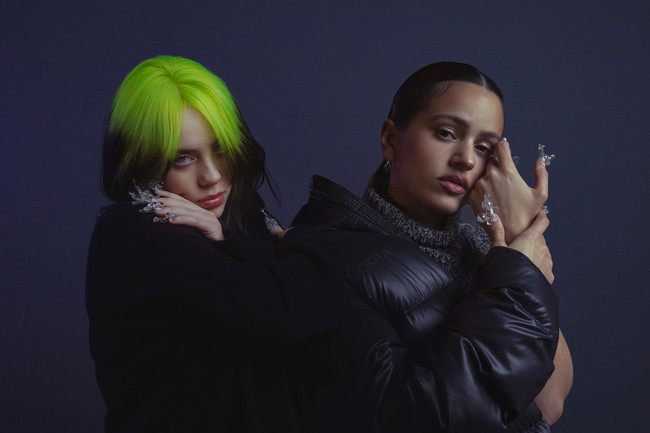 Internationally acclaimed, GRAMMY® Award winning artists Billie Eilish [Darkroom/Interscope Records] and Rosalía [Columbia Records] have joined forces for ‘Lo Vas A Olvidar.’ The alluring new collaboration is out now across all platforms worldwide and previewed earlier this week on the official trailer for HBO’s hit show EUPHORIA and its upcoming special episode, “Part 2: Jules,” which premieres January 24. The official music video was directed by award winning Nabil, and stars both Billie Eilish and Rosalía.

In other Billie Eilish news, the 19-year-old pop-phenom follows her 2020 history-making GRAMMY® Award wins with 4 additional nominations for the 2021 63rd Annual GRAMMY® Awards. Billie Eilish was nominated in 4 categories for her critically acclaimed song ‘everything i wanted’ (Song of the Year, Record of the Year, Best Pop Solo Performance) and her official James Bond theme song ‘No Time To Die’ (Best Song Written For Visual Media). The 63rd Annual GRAMMY® Awards are set to take place and air on CBS on March 14.