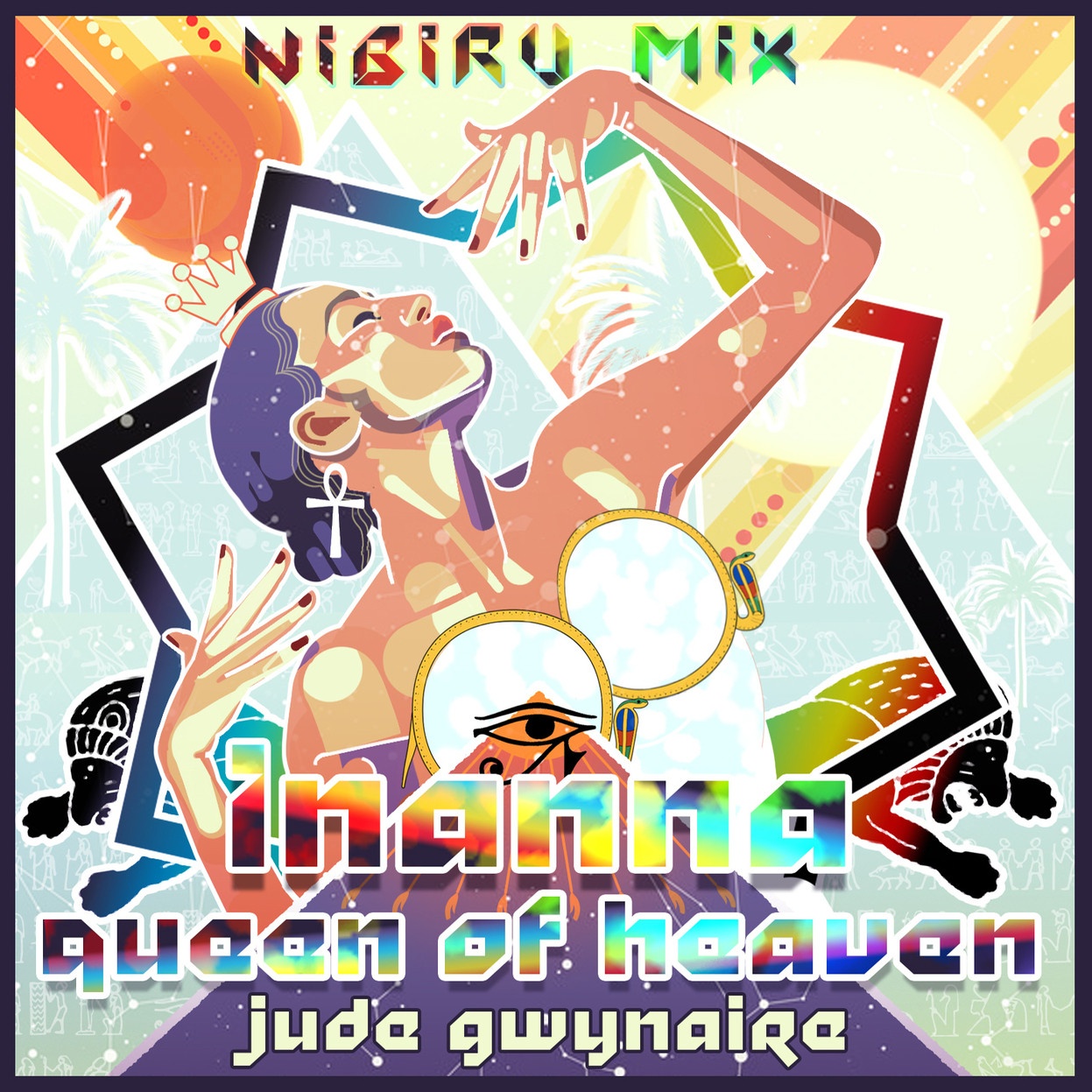 Jude Gwynaire’s new single, “Inanna, Queen of Heaven (Nibiru Mix),” is a wonderful slice of dance-pop, and he took time to tell us more about the single.

Skope: This song has a disco groove. What’s some of your favorite disco music?

Gwynaire: I think I would choose The Bee Gees: ‘Stayin’ Alive’, Gloria Gaynor: ‘I Will Survive’ and Donna Summer: ‘I Feel Love’. Such great tracks!

Skope: When I read the “Queen” in the song’s name, I thought of ABBA’s “Dancing Queen.” Was that an inspiration?

Gwynaire: Actually, no. Inanna was known as ‘The Queen of Heaven’ in ancient mythology. The track is dedicated to her, though I guess ABBA’s ‘dancing queen’ connection is quite relevant.

Skope: When I Googled Inanna, I found, “Inanna is the ancient Sumerian goddess of love, sensuality, fertility, procreation, and of war.” The last one seems a little unlike the rest, but is this the Inanna in the song?

Gwynaire: Yes, the track is dedicated to Inanna, the powerful Sumerian goddess, who later became known as Ishtar to the Akkadians, Babylonians, and Assyrians, and as Aphrodite to the Greeks and Venus to the Romans. I have an interest in the so called ‘ancient astronaut’ theories put forward by writers like Zecharia Sitchin, and countless others. There’s much evidence to support the theory that the old gods and goddesses of legend were, in fact, ‘flesh and blood’ humanoid extraterrestrials. Ever watch the Star Trek episode: ‘Who Mourns for Adonais?’ Check it out!

Skope: What is the significance of the Nibiru mix?

Gwynaire: I actually released this track well over four years ago on another album. Wasn’t really happy with the mix, so decided to remix and re-release. I called this mix ‘Nibiru Mix’ because Nibiru is believed to be the home world of the ancient extraterrestrial gods. Zecharia Sitchin believed it was a planet which returns to the vicinity of our solar system every 3,600 years or so. However, there is growing evidence to support the theory that Nibiru is, in fact, a brown dwarf or ‘dark star’ (a failed star of reddish appearance) that has its own planetary system of moons. At least one of these moons could be heated by the brown dwarf, and so support life. The actual orbit of the brown dwarf around the sun is unknown – it may be much longer than the 3,600 years put forward by Sitchin. The actual phenomenon of ‘Nibiru’ might be the brown dwarf (or winged disk) appearing in the outer solar system, or, perhaps, one of the dark star’s actual moons, which comes closer to earth during the dark star’s perihelion. Either way, Nibiru is heavily associated with the home of the returning gods. There’s an image of Nibiru on the cover, and also on the cover of my previous single ‘Heliopolis – City of the Gods’.

Skope: What can you tell me about the picture in the video of the woman looking up? Where did that image come from?

Skope: As this is dance music, do you like to dance? Are you a good dancer?

Skope: Speaking again of disco, why do you think that style has endured for so long? It wasn’t always loved, as I recall, with the whole ‘disco sucks!’ movement.

Gwynaire: It’s such a cool genre.

Skope: What is it about this song that made you choose it as a single?

Gwynaire: I always thought it was a catchy little number and wanted to give the remix another go.

Skope: Is the historic Inanna a character you’ve written about in one of your books?

Gwynaire: No, I’ve never written about Inanna, or any of the ancient gods or goddesses, though I did touch upon the ancient astronaut/Nibiru theme in my YA fantasy ‘Aliens In My Garden’.

Skope: Who are some modern-day dancing queens, in your opinion?

Gwynaire: I’ll pass on that one! School’s out – just enjoy the track!