The track was co-produced by the legendary Jason Falkner (Beck, Jellyfish), in which he also lent a hand on drums, bass and additional synths. The video was directed and shot by Jessica Calleiro and filmed by Calleiro and Matt Boman. 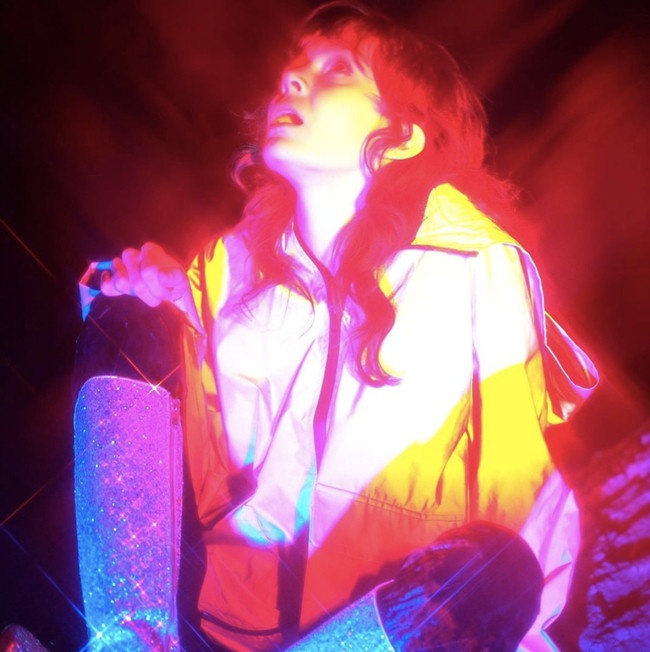 Meg grew up as a classically trained multi-instrumentalist learning violin, piano, harp, cello, synths, bass, flute, tenor guitar and a recently added marimba. Growing up as a competitive dancer (you can see some of her smooth moves in the video), as well as a softball, basketball and soccer player. Raised in Woods Cross, Utah, until 2009, when she was 16, she completed her GED and fled to Arizona (pretending to be a foreign exchange student from Czechia so she could hang out with her cousin at her school) to escape Mormonism and play shows with her bandmate who lived there.

“The inspiration was an anti-inspiration-where all hope and trust flew out a window and I was starting from scratch with everything~ ideas about people, the internal and external workings. A question to and about them and myself.”

Webb moved to Laguna Beach in 2011 after hitchhiking through, deeming it her personal paradise. There she was a street performer for 4 years, and in Los Angeles,before landing her first commercial. Then she started learning about analog sound engineering in San Francisco. Now back in LA, Meg Webb is in full force with her gorgeous and dreamy blend of indie goodness.