Pop artist Anie Delgado has released a stunning new music video for her ethereal single, “Daydream.” The track explores the strength in beauty and feminine energy and the trek of manifesting your desires instead of getting lost in one’s dreams. “Daydream” is now available to view on Youtube. 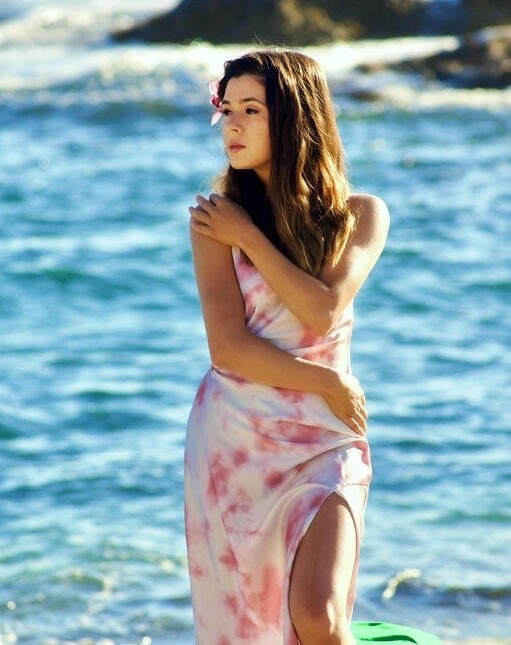 Anie Delgado’s new music video is a mesmerizing blend of robust sonic soundscapes that takes you on her dizzying journey. Delgado’s unique pop sound is reminiscent of other female artists such as Ariana Grande, Billie Holiday, and Lana Del Ray with a dreamy and eclectic twist. “On ‘Daydream,’ I was thinking about my own daydreams and manifestations,” explains Delgado. “Desire feels so intoxicating, I think it’s important to let yourself live with that and respect the power of how it feels to want something badly — that’s what inspired the song sonically. Coming out of that dizzying state, confident and on steady ground, is what I find even more interesting – that was the inspiration lyrically. Feel your desires, but don’t get lost in your daydreams.” While you may get lost in the hypnotizing beat of the track, lyrically, Delgado talks about finding your way through your dreams and desires, to remain grounded and confident in your goals and ambitions. Directed by Brandon Buczek, Delgado’s visual inspiration for the music video was the goddess Venus and her divine feminine energy. With striking and breathtaking visuals, the music video portrays the song’s dreamy essence with the powerful goddess energy of Venus.

A native of Miami, Florida, Anie Delgado was immersed in a childhood full of her Cuban heritage full of a colorful Latin culture of food, music, and family. Delgado began her love for music at an early age, inspired by artists like Cher, Gloria Estefan, Julia Michaels, and Taylor Swift. After high school, she was accepted into The American Musical and Dramatic Academy, whose alumni include Jason Derulo, Anthony Ramos, and Paul Sorvino. Delgado’s strong work ethic motivated her to extend her performance repertoire and included a stint in an experimental rock band as the lead singer where she played at The Bowery Electric, The Delancey, Gold Sounds Bar, and Leftfield NYC. After the rigorous program, she was cast in the Buddy: A Buddy Holly Story musical for a two-month residency at The Palace Theatre in the Dells. After finishing her residency, Delgado decided to leave the indie film/theater scene in NYC to focus on her writing goals and performing her own music. Soon after, she moved to Los Angeles where her talent was quickly recognized as she began working with top producers PJ Bianco (The Jonas Brothers, ARIZONA, Demi Lovato) and Nick Lee (Demi Lovato, Rachel Platten, Stray Kids). Due to her rising success, in 2019, Delgado joined Blakely Entertainment and commenced work on her debut EP with Sam Nicolosi of Warner Chapel/Seeking Blue, due out in early 2021.