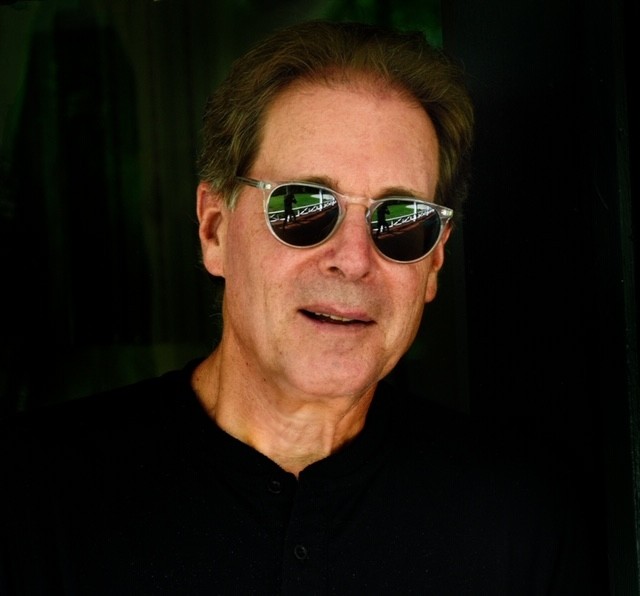 Buoyed by over a dozen terrifically positive advance reviews, Miller says, “The new album grew out of the lockdown and the frustration of the pandemic. With festivals and tours having been cancelled, I had the time to compose new music. The overarching theme of the new songs is love – I felt it was love that would get us through the pandemic. That’s why I named the album as I did.”

“We had recently completed the latest PGS album East Side Sessions just before the world closed down. When we could not play live in support of the album, I decided to make and release videos of four of the songs, which we did to great success.”

“I then turned my attention to the new songs. But I had no home studio, so I actually began recording the songs on my iPhone! I would record a guide track for each song on the phone and then email it to my engineer, who miraculously would bring up the sound quality. Although I later re-recorded the parts properly, this was literally how I started the project! We next added drums and then I asked each of my other musicians to record their part and email it back. We slowly assembled each song like a Frankenstein and edited all the ingredients together. I’m very pleased with how it turned out.”

Miller also sings lead and all the harmony parts on the new album for the first time, with great results. “It’s something I always wanted to tackle, but wanted to wait for the right moment. The songs on Summer Of Love are all very personal, so I felt that I had to sing them.”

Of the album’s 10-tracks, with the first single being the swampy, Creedence Clearwater-inspired “Aches And Pains,” the lush-toned track “Heaven” has thus far created the most response. FAME Magazine said of that track: “Strutting about in the background like a thief in the night, there’s a bass part that seems to weave its low-toned melody into the fabric of the central harmony of ‘Heaven’ as though the two elements were always meant to be joined together in this song. ‘Heaven’ is definitely one of the finer points in the track list of bassist and all-around musical mastermind Robert Miller’s new album Summer of Love.”

Also drawing praise is the ballad “Now and Always”, the upbeat Island-y “The Night Was A Mystery”, and the swaggering “Another One Like You.”