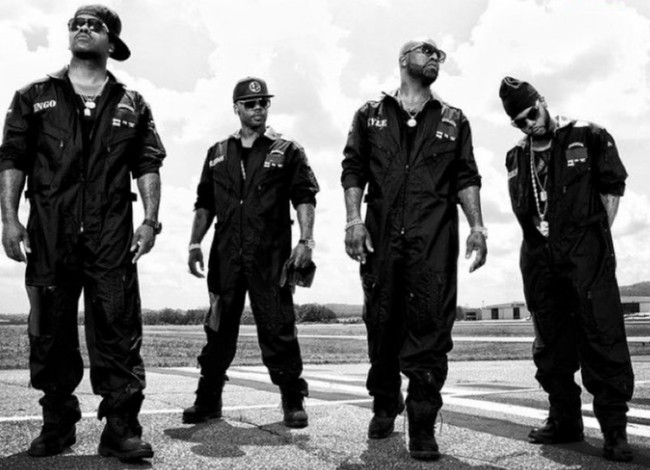 R&B group Jagged Edge are back with a new song and video called “How To Fix It” with visuals directed by Azzie Scott. It’s the latest release off their full length project A Jagged Love Story.

Jagged Edge understands that the music industry is in need of true R&B. The Atlanta-based quartet decided to bring back the essence with their 10th studio album, A Jagged Love Story. Coming in at over 30 songs, this is easily the longest Jagged Edge album to date. On the project, Jagged Edge reunites with a past collaborator, Bryan Micheal Cox, who produced the mid-tempo first single, “Seasons Of Us.” Cox also produced past hits such as “Lets’s Get Married,” “He Can’t Love U” and “Where The Party At?”

Along with Cox, other producers on the project include Jermaine Dupri, Carl Breeding, Jay Fooley, and Demetrius Bell.

All of the songs were written by twins Brandon and Brian Casey. Standout tracks from the 31-song album include, “BadBad,” “How to Fix It,” “Exit Wounds,” “Luh U,” and “Juice,” to name a few.

“A Jagged Story is about our love for music, what we do, and the fans that allow us to do it,” Brandon Casey told this publication. “Thank you for allowing us to intersect…People are reacting so positively to this album because the labels have all gone away from or rationed our R&B diet, but as a culture, we need our souls fed by ‘good music, ‘good lyrics,’ and good voices. We always have.”

Jagged Edge is the well known American R&B group that were originally signed through Jermaine Dupri’s So So Def Records to Columbia Records. The group is made up of twin lead singers Brian and Brandon Casey, Kyle Norman, and Richard Wingo. Wingo was a late addition to the group, added after Kandi Burruss of Xscape recommended he be added. Kandi was also the one who brought the group to the attention of Dupri. The group has had a number of hit singles, many of which are produced by Dupri.

For over two decades, Jagged Edge has issued numerous Top 10 singles under So So Def, including “Let’s Get Married,” “He Can’t Love You,” “Promise,” “Where the Party At” and “Walked Outta Heaven.” The group has won three Billboard Awards, two Soul Train Awards, a Lifetime Achievement Award from the World Music & Dance Awards and has earned various Grammy, BET, and American Music award nominations.