To those who don’t possess it, freedom is a coveted thing. But for those who do, it’s often terrifying. Freedom can be pure liberation, exhilaration, and infinite possibilities – and it can feel like everything is coming untethered. Brooklyn singer-songwriter Drew Citron has experienced both sides of freedom: the thrills and the troubles, the delicious opportunities, and the pure bewilderment that comes when the horizon is too vast. She’s put it all in Free Now, her first solo album, and those who’ve followed her work in playful, adventurous pop-rock bands like Beverly, Public Practice, and Avan Lava may be surprised at just how unflinching and forthright the album is. She’s made great records before, but this one may be her masterpiece. 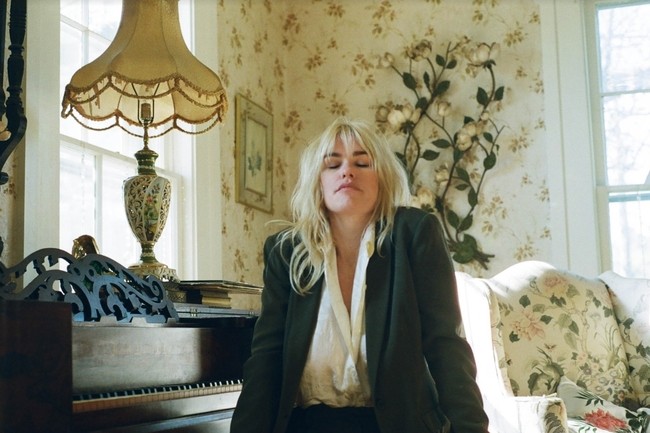 Written in the wake of an emotionally devastating breakup, Free Now channels the destabilization, hope, disappointment, and excitement into nine aching, radiant, self-reflective songs. Echoes of the dream-pop, experimental rock, and basement punk of her prior recordings are audible all over the album – but Drew Citron has gone beyond any specific subgenre and developed a truly personal style that maps the wild contours of her racing heart. “Free Now” is the centerpiece of the set, and on it, Cintron shoots the works, coaxing every bit of pain and joy from her remarkable voice. Remorse, pride, anger, wonder: it’s all there in her performance. It’s an exorcism, a wave goodbye to a past romance, and an enthusiastic embrace of things to come.

It’s the latest chapter in one of the most exciting stories in the New York underground. Citron has worked with many of the city’s most heralded alternative pop musicians, including Frankie Rose, the Pains Of Being Pure At Heart, and Scott Rosenthal, her partner in Beverly, who also contributes to Free Now. For the “Free Now” clip, she’s enlisted a collaborator who is immersed in independent music: Laura-Lynn Patrick, a visionary photographer whose portfolio includes shots of Real Estate, Anemone, Whitney, Weyes Blood, Lisel, Alvvays, and many other contemporary artists. Petrick specializes in dream-drenched landscape photography – images so gorgeous that they seem nearly extraterrestrial. For the “Free Now” clip, Petrick shoots Drew Citron in idyllic conditions, under a sun so bright that it imparts a psychedelic feel to the footage. At times, Citron seems to be dissolving into the daylight. She’s defying gravity, transcending all limitations, getting herself free.