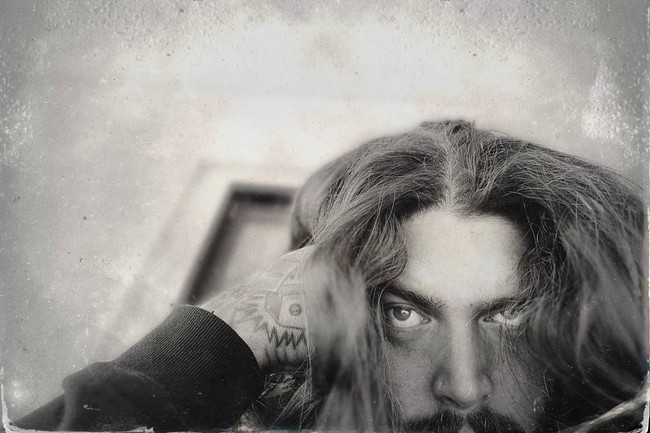 The dark storyteller Amigo The Devil has just released a bare bones version of his new single “Another Man’s Grave” through a live acoustic video. The song is from his upcoming sophomore album Born Against and it documents everyone’s personal struggle to put into action the steps it takes to become the person we know we are before it’s too late. Filmed, recorded and edited by Courtney and Ray Gauger, the video depicts a solo Amigo The Devil performing in a vibrant forest accompanied only by his guitar. The contrast between the stark and lonely nature of these lyrics and the thriving surroundings is the perfect housing for the doubt and hopelessness embodied in the song.

Amigo The Devil comments, “I’ve always been a fan of hearing songs stripped down to their core. Since the live show is always just myself and a few instruments, it’s always fun to deliver both versions of the song. The album version is always the one that’s in my head; the one I hear when I write it. The live version tends to be the one that’s in my blood, clawing to get out. It’s a two-headed dog… Each version with a mind of its own while feeding the same body.”

Amigo The Devil’s sophomore album, Born Against was recorded at Modern Electric Sound Recorders with producer Beau Bedford. Throughout the record, the continued unflinching honesty of the lyrics and their presentation of taboo elements are a crushing but necessary vessel for these stories to hit so close to home without relying on shock value. It’s that same uncomfortable honesty that allows the general public to embrace themes that would otherwise be frowned on, much in the vein of legendary songwriters across generations before. Like master storytellers, Tom Waits, Leonard Cohen, and Townes Van Zandt, Born Against is proof that Amigo The Devil is expanding boundaries and continuously exploring his craft.