Think back to some of the most poignant moments in TV and film…. They’re often delivered by the character who may not be the most likely candidate. Whether it be Silent Bob in Clerks, or Twyla Sands in Schitt’s Creek, their wisdom, insight and analysis carries extra weight because it comes from an unexpected place. 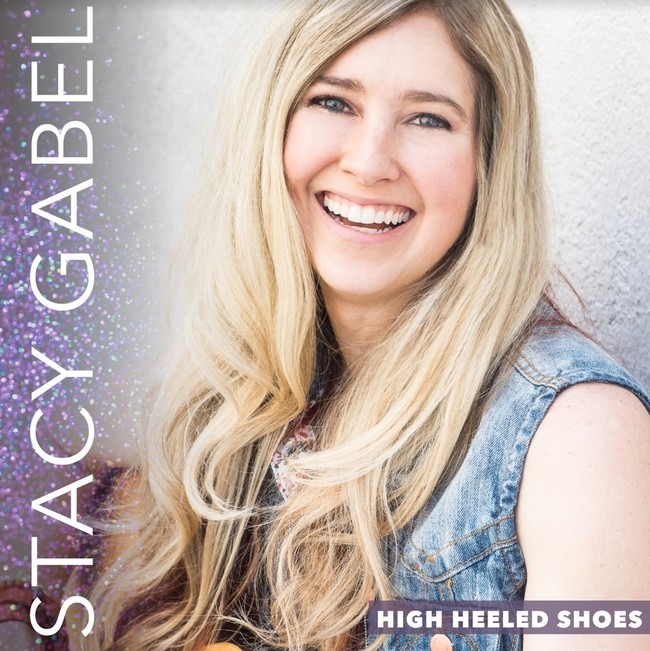 So what does this have to do with Stacy Gabel? You see, the magnetic charm of Stacy Gabel is that not only is she a radiant persona behind the mic and on camera, but pull back one layer of the smiles and upbeat persona and you’ll also find music that has depth, thoughtfulness, and a level of introspection that rivals even the most somber artists.

Her video for “Stir Crazy” was a fun-filled video that gave us all a needed laugh about life in quarantine. But it was also a song that touched on feelings of isolation and boredom that went beyond just the 2020 experience. Stacy’s new video for “High Heeled Shoes” tracks a similar delivery, one that playfully pokes fun at herself and her aversion to being dressed to the nines, but also reveals the rewarding confidence that comes with breaking out of your shell, believing in yourself, and dreaming of a big night out.

So how does this former MTV Networks producer make it look so easy? As a repeat winner at the Lehigh Valley Music Awards for the past three years (Fans Choice, Outstanding Singer-Songwriter, Outstanding Female Artist, All Around Performer, Best Song, Best Video and Discovered Artist Award) and being on camera on General Hospital, Charmed, and Entourage to name a few, she knows what the audience wants.

The video was shot at the State Theatre Center for the Arts in Easton, PA, a gem of the Lehigh Valley. Not only is the theater a dazzling building to see come to life on screen, but it’s also an effort by Stacy to shine a light on the venues and stages that have been struggling this year. Support the arts! Save our stages! Once again, Stacy Gabel finds a jovial approach to bringing home a serious topic.