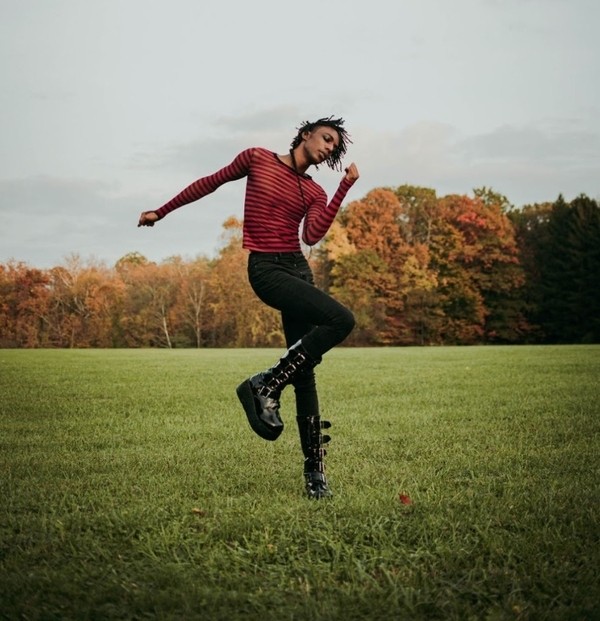 To stand out in today’s music industry, you need to be different. You need to find influence in yourself and the world around you. You need to partake in trends while maintaining an organic sixth sense. Most importantly, you have to be ready to tip the scale with your work. And what does one Cleveland socialite have to say to that? “When the world is burning, Michael Ghould is throwing the party.” That about sums up the persona of this emerging artist. Michael Ghould keeps dance music alive and brings it back to its queer black roots through his supercharged disposition and propulsive dance tracks. He layers bursting pop hooks over synth-drenched ballads to create dynamic self-examination in every new track.

What words come to mind when Michael Ghould’s name is called? Neon, fishnets, extrovert, and fearless. His audacious style is infectious, and he owes it to influences like Boys Noize, Nirvana, Marilyn Manson, and Madonna. His past artist name, Ghould, is a retired era for Michael, and today we bring to you the first track released under his full name. “Girls & Boys” is the first single from his Private Disco EP coming on December 31st. Get in the mood and get your best bottle of black nail polish ready, your club lights flashing, and do some stretches, so you’re ready to dance.

Another word that comes to mind when thinking of Michael Ghould? Green screen king. Leave it to Ghould to take the classic “Girls and Boys” song by Blur and turn it into a thumping club anthem. The British band pioneered the new generation of guitar bands labeled Brit-pop and released the popular song in 2000. Blur performs in front of people filled backdrops in the original music video. Michael Ghould does the same, but in front of chickens, flames, and a disco ball. As he rolls around the screen, Ghould proudly waves various pride flags. He dances, performs, and gives a speech in front of the white house while simultaneously sucking on a banana. This song is for boys, girls, and everyone in between. No matter who you choose, it “always should be someone you really love.”