Calhuis, we’re led to believe, is a duo based upon the picture accompanying the act’s new single, “XO.” In this picture, both men are pictured with their eyes blacked out, sort of like they’re criminals or something. The song’s artwork even has one of those black and white parental advisory warnings in the lower left-hand corner. But is this truly dangerous music? Nah, not really. Instead, it’s a rather modern sounding lovers’ pop song. 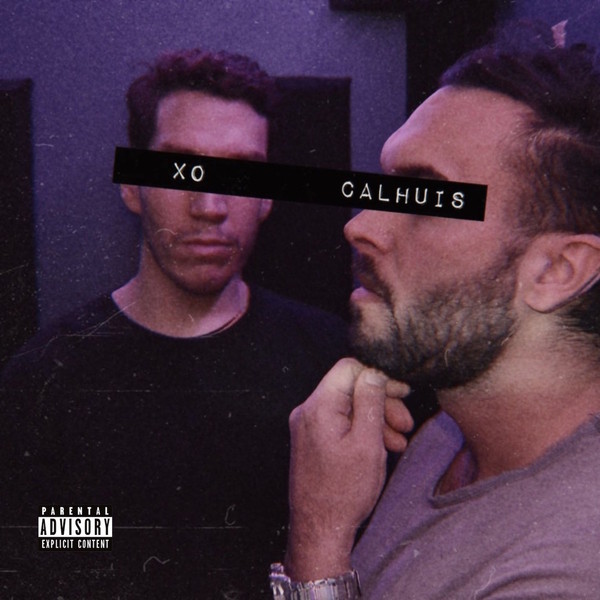 The track kicks off with a strummed electric guitar, which is actually kind of jazzy. The singing begins with, “I really wanna hold you tonight.” Therefore, it’s about the anticipation of romance. The lyric then goes on to find the guy begging/pleading/demanding for physical affection with this girl.

Calhuis’ single’s title is drawn from the way (mostly) girls sign letters. (Maybe these days, it’s how they sign emails, instead). The X’s and O’s are short for kisses and hugs. Whereas, with young girls this is a rather innocent communication closing, Calhuis sounds to have something much more sexual than in mind that. They’re not singing about symbolic hugs and kisses. Instead, the listener gathers right away that these guys are singing about literal hissing and hugging. They want to get physical, and they’re not at all being shy about that.

The song’s chorus repeats how this guy wants to give a girl X’s and O’s. The track’s instrumental backing is percussive and relatively stripped down. The guitar-strummed intro is replaced by a primarily keyboard-centric arrangement. The verses feature just one guy singing, whereas two men can be heard singing on the song’s chorus. There’s also a sense that this wished-for sex is therapeutic. The guy claims he’s a broke man that doesn’t want to hold back.

Singing in this song, as you might expect, is urgent and yearning. This song is filled with lover’s talk. It’s not the way people speak in polite company. Rather, it’s more like how lovers talk to each other over the phone or in the bedroom. If someone speaks this way in public, somebody in earshot would likely shout out, ‘Get a room!’ However, between two mutually sexually attracted individuals, such language is perfectly appropriate.

Calhuis’ track is only just over three minutes long. It’s not any sort of extended conversation. Instead, it sounds like an urgent booty call, for lack of a better term. Hey, though, at least this guy is honest. He doesn’t beat around the bush or imply what his intentions are. He’s like Marvin Gaye was in his hit “Sexual Healing.” He’s coming right out and getting straight to the point. And you must respect a guy for his ability to speak directly.

This song says a lot of the things shy guys might likely never have the nerve to enunciate. Therefore, it’s a song a reluctant man might play for his girl, as it communicates what he doesn’t have the bravery to tell her himself. Music has always been that way. We can express ourselves in music in ways we could never do in everyday conversation. It’s one sexy letter, that Calhuis even signs romantically.