Sonarpilot, aka Michael Moppert, has heard the future… In fact, he’s been catching soundwaves from just beyond the here and now since the space-rock 70s. First, it was Bowie, Floyd, and Ferry, whose guitars rode solar winds, leaving everything else on the charts stuck on earth. From there, he jumped to Tangerine Dream, Kraftwerk, and Eno. It wasn’t long before he began making the music in his mind. 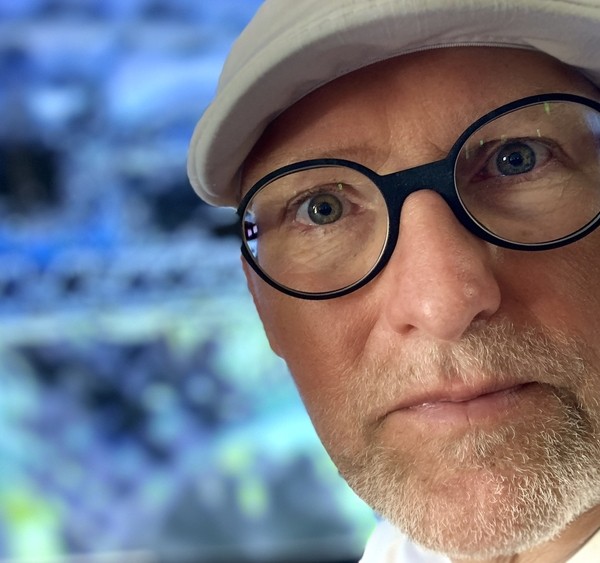 Sonarpilot took form in the early 2000s and after more than a decade of critically acclaimed releases on his Sonarpilot Audio label, Michael created The Mirage Project in the spring of 2020. The project consists of six unique fractal films all with bespoke electronic soundtracks, produced alongside close friend and film producer Roger Mäder. Kicking off with “Fossil” and “City in the Sky” back in the summer, the project’s theme of endlessly repeating and morphing imagery, suggesting imaginary worlds, aliens, and architecture, finally draws to a close with “Cathedral” and “The Last Machine”.

Hailed by Medium as being on par “with Kubrick’s 2001: A Space Odyssey merged with Ridley Scott’s Prometheus,” the films, six in total, mesmerize and lock onto something primal, something beyond and bigger than us. Sonarpilot ends his spectral, thumping EDM transmissions on an ominous note: “Artificial Intelligence is unstoppable. Silently it invades all parts of our technological society. It might take another twenty, 50, or 200 years – but ultimately, machines will be better cooks and nurses, carpenters and scientists than humans. And in the end, when better machines will build even better machines, we might no longer be needed…” Though the sonic landscape he carves out here has synths that levitate and pulse, signalling some amount of optimism, as always with Sonarpilot, context is everything.

Insectoid architecture spirals and climbs against an extra-terrestrial desert sky. Passages flash across the screen, heralding a machine-dominated future of our own design. These forms appear to be beyond the grasp of current human technology. The visuals and text suggest that these creations have become aware and have begun to design and build their own systems. As is frequently the case in a Moppert/Mäder collaboration, the lines blur between anatomy and edifice. “The Last Machine” amps up both the creep and the wow factors, pulling the viewer inside constantly shifting rooms and chasms that make the Matrix’s battery farms look downright cozy.

Released just a few weeks ago, “Cathedral” is the penultimate instalment in The Mirage Project series. It more than lives up to the hype as promised by Indie Pulse, who wrote of Sonarpilot’s “CodeX” and “Imperium” that he is “an artist who can be counted on for a spellbinding listen.” Too true here, as longing, warm synth drones build atop one another. The forms in this clip reach skyward, only to slowly disintegrate with altitude in what looks very much like our own atmosphere. He explains, “This mirage is about nature and technology. Today, technology is becoming more and more our religion, the promise in which we put our faith. And it’s true, technology has changed our lives fundamentally and will continue to do so. But in the end, nature will still be more magnificent and enigmatic than anything we will ever be able to create.” Could these somehow be the result of organic events, some phenomena mimicking our own cathedrals? If you need music to ponder big questions, Sonarpilot promises to put you in just the right headspace.