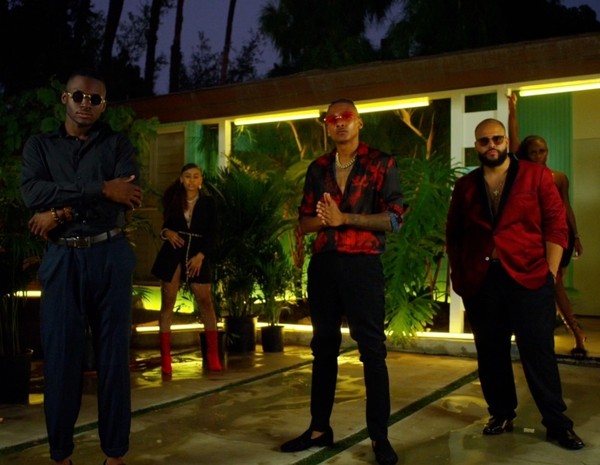 Yes, you can do it yourself. But to really get into a groove – a rock-solid, airtight sonic and rhythmic pattern that quickens pulses and moves the dancefloor – it helps to have inspired collaborators. A drummer needs a quick-fingered bass player and a funky guitarist; a dancer requires a partner; and a smooth-voiced, seductive R&B singer always benefits from an association with a rowdy rapper. Queens vocalist De Royce is confident, sweet, soulful, and subtle when he needs to be, and when he wraps that voice of his around a chorus, he always makes an indelible impression. On “Groove,” he’s joined forces with two emcees from the New York City underground: the swaggering Jay Dutch, and the witty, deft, quick-spitting Biig Dreams. Their connection is immediate and real, and the groove they establish together is unshakable.

They’ve also enlisted the support of a producer who understands pop and hip-hop alchemy and has no time for the limitations imposed by genre. Cheap Limousine has made his share of rap recordings, but he’s also a practiced hand at house music, neo-soul, EDM, and chill electronica. Even when the vocalists heat up the groove, he keeps the proceedings as relaxed as a Caribbean beach bar. Everything is in place: the propulsive beat, the shuddering bottom end, the glossy synthesizer textures, the radiant support vocals, and that carefully-calibrated balance between glitter and grit that all the finest groove records possess. It’s all a sonic playground for the three stars, and they make the most of the environment they’ve been given.

“Groove” builds on their prior successes – and previous collaborations, too. Jay Dutch scored a critical underground hit earlier this year with his thoughtful full-length The Butterfly Effect. Both Biig Dreams and De Royce appeared on that set, and there they established a symbiotic musical relationship that promises to keep paying dividends for music fans. They’re fantastic on their own, too: the 2020 Biig Dreams single “In the Vibez” is one of many that draws from the rhythms and sounds of the rapper’s Dominican heritage. The music video for “Groove” foregrounds all three principals’ personalities, who preside over a Los Angeles pool party with a combination of wide-eyed enthusiasm and absolute self-confidence. It was shot during their first trip to Southern California – and it won’t be the last.