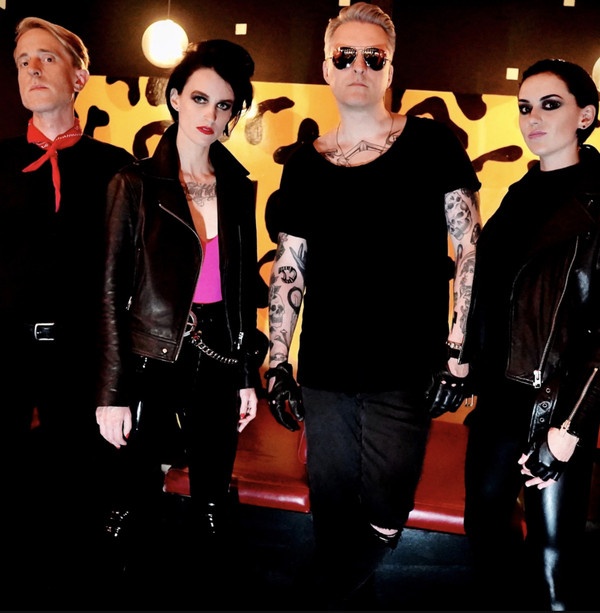 Vancouver post-punk outfit ACTORS released its debut, It Will Come to You, in 2018 on Toronto-based Artoffact Records. The band spent the following 18 months touring the USA, Canada, and Europe, hitting many of the best-loved festivals, including Terminus Festival, Wave-Gotik-Treffen, Cold Waves, Infest, A Murder of Crows, and others.

The band recently announced their sophomore album, Acts of Worship, set for release in 2021. Ahead of the release, ACTORS have shared lead single “Love U More” which embraces the bittersweet moments of loss with the anticipation of new possibilities. Buoyed by big bold beats, expansive synths and syncopated bass, the track is an exciting return from the edge of the abyss. Produced, mixed and mastered by lead ACTOR Jason Corbett at his Jacknife Sound studio, the track is just a taste of what is to come on the album.

The track has also been paired with a visual by JUNO Award winning director Peter Ricq who took ACTORS’ shadowy stylings and made this season’s definitive eerie accompaniment.