“Protect Black Women at All Costs.” That’s the message on the sweatshirt worn by singer, rapper, and songwriter Christopher Watson in the video for “Truth Is,” his latest single. But even if his empathy weren’t emblazoned on his clothing, viewers would still get the message from his music. Watson’s songs are warm, smart, welcoming, ingratiating, and instantly appealing. Everything he does makes his social consciousness – and his integrity – manifest. Times are troubled, but Watson’s sound is as soothing as a cool balm on sunburned skin. 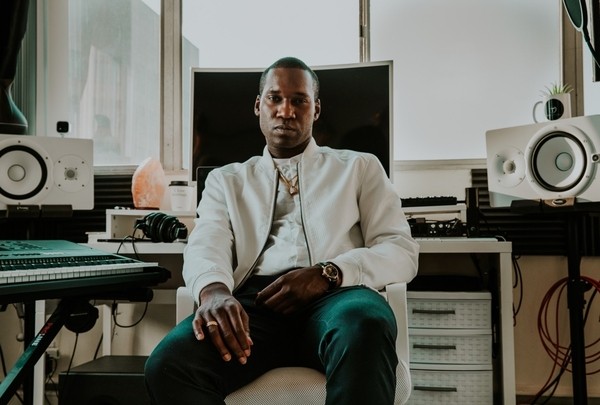 Which doesn’t mean it’s always easygoing. The Florida-born, Los Angeles-based artist can be firm when he needs to be – and whether he’s singing or rapping, Watson can generate an impressive amount of heat. This spring, he captured millions of hearts as one of the winners (alongside musical partner Bri Stauss) of The Bachelor Presents: Listen To Your Heart, a musical offshoot of the popular reality dating show, hosted by Chris Harrison. His sound may be soulful, but his passions are intense, and tracks like “Truth Is” express the searing honesty that animates all of his work. The song is a fearless self-examination and reminder to keep the faith and seek out the truth, no matter how hard it is to find or how artfully it’s been concealed. Oppressors are everywhere, and the wealthy and privileged are busily hardening their hearts. Watson believes that he can touch and change them through his music, and show them that compassion is a priceless commodity. By the end of the song, we bet you’ll share his faith.

“Truth Is” follows Time Changes, a full-length set that was released in January, and which firmly established Christopher Watson as a singer with something powerful to say. It’s a distillation of the political and social ideas that Watson expressed on that set, and it’s the most forceful entreaty he’s yet made. It’s also a gorgeous production, with shimmering electric piano, warm, echoed brass, honeyed backing vocals, and a firm but comforting hip-hop beat.

Parts of the “Truth Is” video are timeless: the lovely urban cinematography, the excitement of a live show, the star’s commanding screen presence. But other elements ground the video in hard 2020 reality. Watson watches footage of protests after the police killing of Breonna Taylor on his smartphone. When he takes to the streets to perform, he’s masked against the pandemic. There’s a message on that mask he wears: No Justice, No Peace. As he’s rapping, he locks eyes with a pretty woman in the crowd, wearing the same mask, with the same message. Even in times of strife, connections are still possible – if we’re willing to speak out and stand for what’s right.