Inspired by a new era of music and songwriting, former RACKETT frontwomen Rebecca Callander announces her official name change to Beks and debut single ‘Stars in My Eyes’ OUT NOW, from her upcoming mixtape. 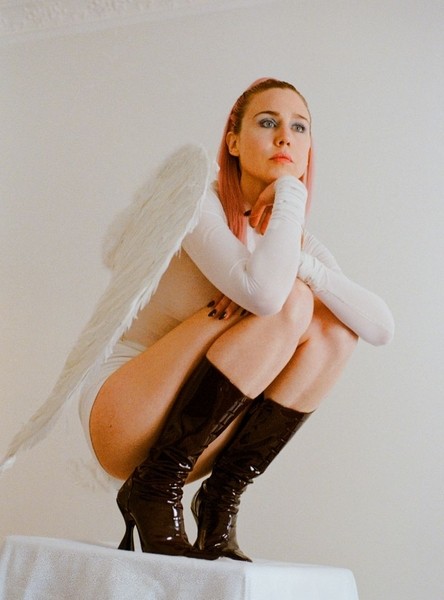 ‘Stars in my Eyes’ is an indie-pop track that showcases Beks rich vocal tones and progressive songwriting. With a swelling bass, layers of melodic vocals and velcro accents and beats, the single echoes similarities heard from artists such as Caroline Polachek, Sophie and Allie X.

“‘Stars in My Eyes is based on a personal confession or realisation I had the day before entering the studio. I’ve always struggled to balance my personal life with my music, the latter taking priority. Finding myself in a familiar cycle of imbalance, holding onto the threads of an unravelling relationship, revealed a phrase that felt symbolic of my fantastical obsession with music; ‘I’ve got stars in my eyes’. This phrase became the closing statement of the relationship and the beginning of the story told in the song” – Beks.

Produced by Tasker, the song was written at Fear and Loathing studios, Sydney, during a songwriting session between the pair who met on Sydney’s punk rock scene. Upon leaving the session, ‘Stars in My Eyes’ set Beks on an intensified songwriting journey, collaborating with artists and producers throughout Australia and the UK, which she has encapsulated in her upcoming mixtape.