Although it’s presented to us at a rather gentle pace in comparison to some of the ramblers it’s situated beside in the tracklist of Take Me Back, Carolina Blue’s rendition of “Blue Grass” feels like the warm country ballad that the mainstream has tried but, thus far, failed to produce in 2020 – much to the dismay of listeners everywhere. 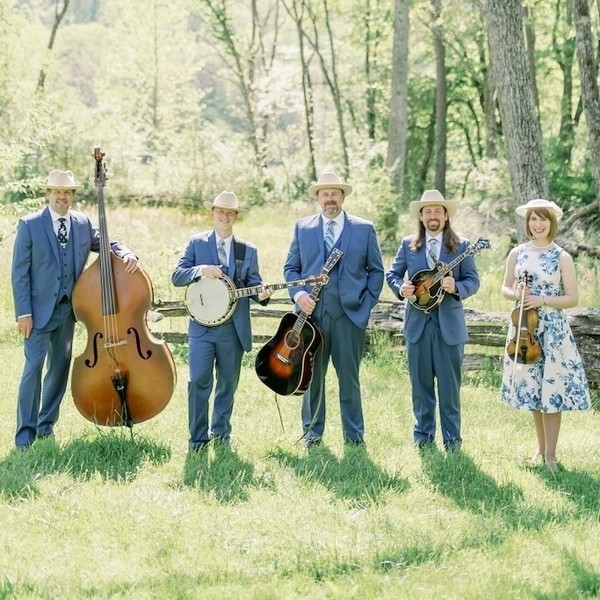 A bluegrass band that takes immense influence from the country and folk music genres, Carolina Blue are giving up one of the finest performances in Americana this year via Take Me Back, and in songs like this one, “Ballad of Mary Ann” and the jittery but ultimately focused “Black Knob Breakdown,” proving that indie artists are evolving genres like no other players can right now. There are no synthesized bells and whistles to get in the way of an aural poetry like that which we find in a gospel-flavored “March Around Jericho” or the album-opening “Grown Cold;” there is only a patchwork of string melodicism painted red, white and blue, not out of politicized lyrical aspirations but instead because of a deep, profound love of the American songbook. This is bluegrass for grownups, and to me, it’s one of the best LPs you’ll hear this month.

“Country Lovin’ Son of a Gun” and “Lost and Lonely” have a lot of structural contradictions that might otherwise have made them for strange components of the same tracklist, but when outfitted with the honeysweet country drawl we hear in Take Me Back, they feel like absolute necessities in understanding the complete artistry of Carolina Blue as a collective group. Not every song is a self-aware statement piece; “I’m Gonna Wait on Jesus” is a lot of old fashioned fun without any of the arrogance that frequently joins a robust jam session for bluegrass musicians of any skill level, and the cover “Too Wet to Plow” feels like a declaration of decadence in the face of a barrenly minimalistic mainstream sound.

There’s commentary laced into the content, I’m sure, but it never becomes a focal point – this is a record that wants us to get up and swing with the rhythm as opposed to getting hung up on the poetic intricacies that separate the protest music from the patently American ballads of the here and now.

Carolina Blue didn’t have to take as much time perfecting the little differences that make “Take Me to the Mountains” or the whipping “Raining in Roanoke” sound a little sharper than some of the similarly-stylized songs you’re going to hear in bluegrass and country music this year, but all the same, they did; and their third LP is a winner for it. Take Me Back doesn’t just dazzle us with the simple swagger of “Number 73987” or the honest elegance of “I’m Gonna Wait on Jesus” or “March Around Jericho” – it takes us to the soul of its creators’ sound and lets us decide what that sound values more than anything else. It’s an inspired and evocative work, and definitely one Carolina Blue should be very proud of.