Steven Moses always felt like an outsider. The 20-year-old rapper from Blair County, Pennsylvania remembers his small-town, middle-American upbringing as both liberating and confining. At home, where he and his sister were homeschooled for most of their lives, Moses was encouraged to explore an early interest in music. He picked up his first guitar at age 7, and remembers practicing for 8 to 10 hours a day until he was a teen. Moses taught himself to play multiple instruments throughout his childhood, learning piano, bass, drums, and dabbling in mandolin, and ukulele. 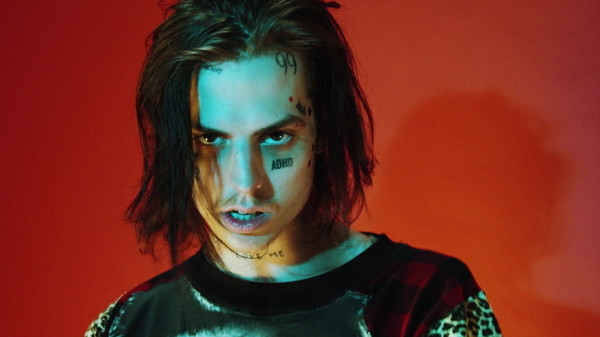 Outside of his home, he and other kids his age were pressured to fit into boxes and conform. “You have to do what everybody else does and be like everybody else otherwise you get made fun of,” Moses says about his hometown of Hollidaysburg. “Everyone played sports or skateboarded and smoked weed and did drugs. You were either an athlete or a really nerdy kid or an outcast, and I was one of the latter. I’ve always been like this.”

Before finding his way to rap as a teen, Steven Moses was inspired by punk rock. When he started a cover band with his sister and cousins, he looked to Ramones, Dead Kennedys and The Sex Pistols as major influences. The band played local bars and stages, with Moses on guitar and backing vocals. Soon, he began writing his own songs, and when he was 14 years old, he heard Nas’ Illmatic—an album that set him on a path to meld the two musical worlds he was most passionate about: rock and rap. His quintessential sound is exemplified on “Love Me”, the brooding, guitar-laden single that put Moses on the map in 2018.