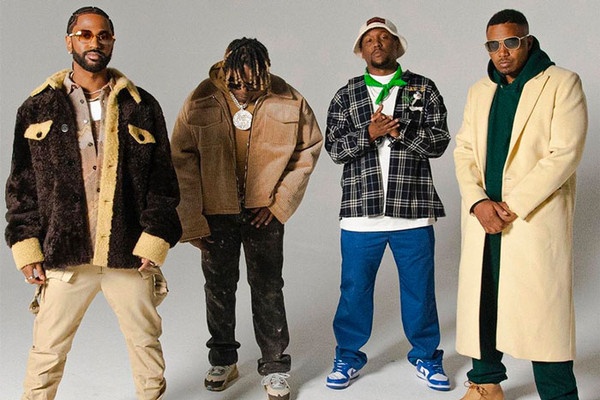 The English language can be easily arranged, divided, and reassembled. Words can be put together in a sentence with no regard to create a demand, question, and statement. But few have the power to arrange words with essence and significance and express them with firmness and spirit. Nas is one of the few with that type of mastery; he turns words into poetry and poetry into hip-hop. He’s been one of New York’s leading rap voices since the 90s and has evolved as an artist since. As an entrepreneur and co-founder of Mass Appeal Records, Nas continues to work with artists upcoming and trending like Don Toliver, a Houston rapper signed to Travis Scott’s label, Cactus Jack, and Big Sean, whose debut studio album went certified platinum.

Scrapbooks are great ways to make memories tangible and sometimes even come alive. In the collaged new music video “Replace Me” (directed by Christian Sutton), Nas, Don Toliver, and Big Sean show us a modern-day “Love Jones” situation, as a woman navigates an internal battle over a love she can’t replace. Our leading men take us on a tender journey of romance by coming to life in every photograph. Whether they’re getting intimate with their girls or exploring a night out, the ear candy jam is reminding them that the rappers are unparalleled. Don Toliver is front and center when pouring his heart out, Big Sean is surrounded by bouquets while spitting pure ballads, and Nas, of course, is sweet-talking the girl on his lap while staring at the camera with dominance. The behind-the-scenes synergy flares up the chemistry on-screen creating a passionate neon-lit dreamscape. The lyrics strike a chord with its honesty, especially when Big Sean tells it like it is when he states, “I’m not your ex, I’m your ecstasy.” This is an undefeated trio who cannot be replaced, and who would want to substitute them anyway?