“As an artist, we have the privilege to use ourselves in a vulnerable way in order to speak on important topics that surround us daily. ‘Listen to the Wind’ is extremely personal to me because I wrote this song using myself as an experiment. I struggle with anxiety almost on a daily basis and wanted to compose something that would physically make me feel relief. Anytime I would start to have an attack, I would go to the piano and play different chords and melodies to see if any of them physically made me feel better. Which, I found some that did. Once I realized what helped calm my emotions, I knew I wanted to write this song in hopes it might also help heal others who struggle with anxiety as well. 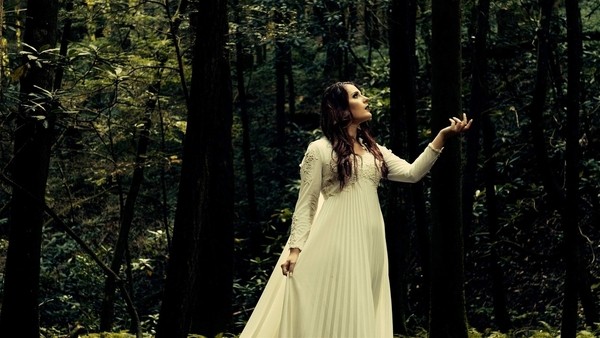 Not only did I want to compose a song but I also wanted to show in art form what my anxiety feels like visually. This is what led to the filming of the music video for this emotional track. I took this time to be vulnerable and truly showed what heals me, which is nature, and what I feel physically when these attacks occur. There’s an overwhelming feeling of darkness, suffocation, a sense of drowning and emotional draining that I incorporated into this music video while also showcasing the beauty of nature which is the source of my healing.

On set while filming, I allowed myself to have an attack. There was a take we were shooting where I was supposed to sing along with the track and the moment the song turned on, I couldn’t sing. At that moment I knew this was the time to truly capture in the raw what happens to me during an attack and I let the camera capture every second.