Democracy, in its current form, could use some help. Big changes begin with big rallying cries, and so democracy finally has a theme song. “We Need You” is the work of everyday American women from all different walks of life, united by the belief that a small group of people can make a huge difference. 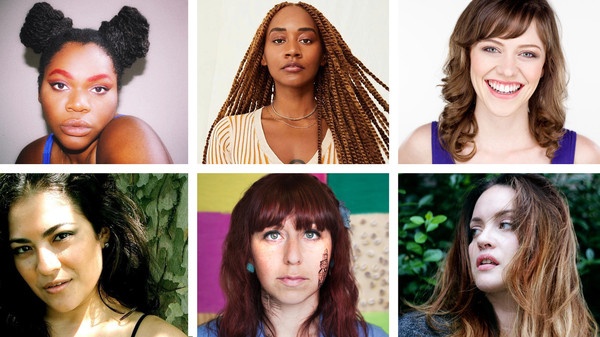 “We Need You” is protest folk-pop as powerful and memorable as the tunes that transformed the country in the 60s and 70s. Conceived of by the songwriting collective, Creative Natives, and featuring members Brittany Brook, Dahlia Dumont, and Virgina Marcs, with Jessenia Vargas, Symone “Ximone” Stewart and Soleil Laurent, “We Need You” is the call to action we need. Writer, voice actor, and fellow Creative Native Charity James (Space Jam and Star Wars: Knights of the Old Republic), contributed to the arrangement, along with singer, songwriter and comedian, Caitlin Cook. The time has come, the message is clear: We, your nation, and democracy itself needs women voters everywhere.

The members of Team We Need You were spurred to action by the daily horrors in the headlines, the struggling post office, and the decisiveness of our political climate. Their song “We Need You” has a triumphant, acoustic swing reminiscent of Vietnam-and Civil Rights-era populist troubadours like Joni Mitchell, Joan Baez, and The Mamas and the Papas. Its “power to the people” message is a reminder of a truth that many of us may have forgotten recently. Democracy only works for us if we work for democracy. Its guitar jangle and chorus vocals are firmly rooted in timeless American pop, but it looks to the future for its inspiration. The track directly addresses women voters to fill the ballot boxes, make the calls, and spread the word. In this election, women matter more than ever, and only with everyone on board can we overwhelm the odds that can sometimes feel overwhelming.

“We want to empower the historical turnout needed to honor the 100th anniversary of the passing of the 19th Amendment and the 55th Anniversary of the Voting Rights Act,” shares Brittany Brook. It’s hard not to feel empowered, energized, and part of something huge as you watch Team We Need You belt it out in this lyric video. So when does the video come out? October – but the real answer to that is “not a moment too soon.” Name by name, state by state, Team We Need You encourages women to share the song and video to inspire women to vote in record numbers in the 2020 Presidential Election. Share it out with #weneedyou2020, call or WhatsApp the group at 347-473-2449 to find out how to volunteer. Team We Need You made the video; now it’s up to us to make a difference.