Waterplanet’s “Girl” is built upon a sparse backing of primarily rhythmic electric guitar. There’s drumming, but it’s relatively quiet. There is a counter melody provided by chimes. The vocals on the song’s chorus sound a touch like The Turtles sunshine pop of the Sixties (think “Happy Together”). 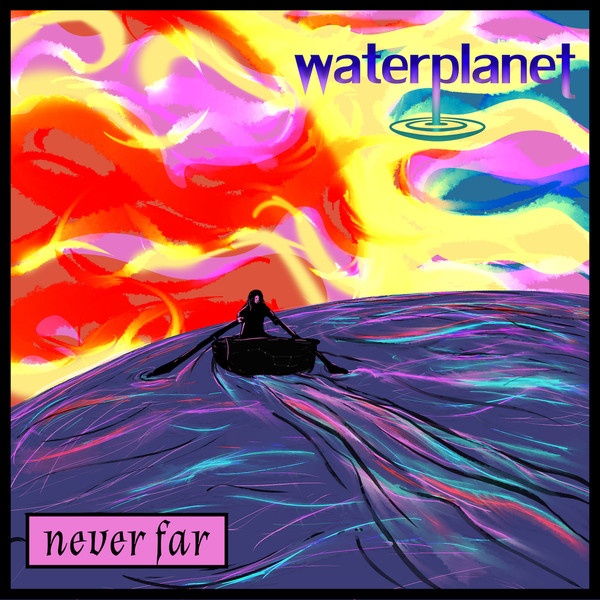 The song’s title is a little deceptive. It’s simply titled “Girl,” but the song’s chorus talks about a stupid girl. So, it’s not just about a certain or even a special girl, but one that isn’t too bright. Millie Landrum, of this duo that also includes James Hesser, sings the lead on it, while Hesser can be heard helping with the backing vocals.

Drawn from the act’s Never Far EP, this beguiling single starts off innocent. But when Landrum threatens to “kick down the castles in the sky,” it’s clear something a little more menacing is likely in mind. It’s one of those songs that sounds pretty on the surface, but also has a few ugly thoughts going on just below the surface.

Although this is a duo, which strips down the production significantly for this track, the overall feel of the recording recalls more full-bodied bands, like the Pixies. Maybe it’s the way the vocals are enunciated that brings the Pixies to mind.

We never learn the identity of this unintelligent girl. Instead, we’re educated about her nature in the way she is described. This is also the way children describe people they don’t like. Then, adults correct them and remind them that we don’t use the word ‘stupid.’ Of course, once children grow up, they can use the word ‘stupid’ without being corrected. Nevertheless, it’s a description rarely heard – even among adults. It’s acceptable to describe somebody’s actions as being stupid. However, blatantly calling somebody stupid, is also calling names – just rarely done in polite company. These vocabulary corrections from our youth stick with us because it still feels uncomfortable for most of us to call somebody else stupid. Maybe it’s easier when it’s done through a song. It’s not nearly as confrontational when sung in a song, instead of done verbally so in person.

Waterplanet is from Baltimore, Maryland. The duo share vocals on their full-lengths and EPs, with each playing multiple instruments. This makes them collaborators in the truest sense. Never Far, the EP from which “Girl” comes, follows a few EPs and the full-length Ghost-Hypnotic. The act’s music has also been compared to She and Him (another male/female duo), Courtney Barnett, Sonic Youth, The Velvet Underground, Patti Smith, Violent Femmes and X (yet another male/female-led act).

With the current popularity of social media on the internet, the stupidity of humanity is more exposed than ever. The stupid people cannot hide any longer, with all that opportunity to express their stupidity to the whole world. Perhaps the world was a better place when stupid people were only known by a select few. You can’t un-ring the bell, though, as they say, so here we are. Waterplanet has given us a very smart song about a very dumb person. That may seem a little paradoxical, but trust me, it works.