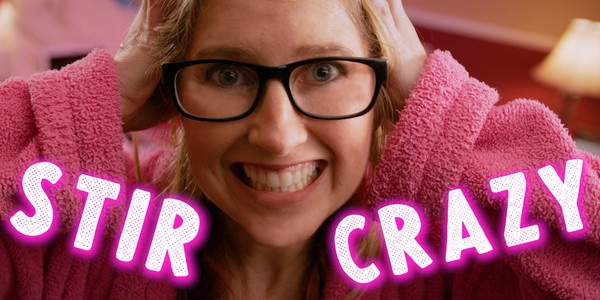 From behind the scenes to center stage, Stacy Gabel embodies the fearless versatility of a crew member gone rogue. A past Nickelodeon promo producer and writer, Gabel found her way to the front of the camera with her avant-garde versatility as a creative. The Eastern Pennsylvania native is an icon in her hometown; with many local performances and worldwide awards, such as the two Global Music Awards for Lyricist, Song, and musician and the Lehigh Valley Music Awards for Fans Choice Award, Discovered Artist, Outstanding Female Artist, Outstanding All-Around Performer, and Best Song (2017, 2018, 2019).

Her buoyant and lighthearted nature translates into her Broadway meets pop style. Each song is delivered with vigor and slight silliness – she reminds us not to take ourselves too seriously. She is a peripatetic artist; if someone is on the hunt for an actress, model, singer/songwriter, or even an activist, Stacy Gabel can fulfill any slot.

Gabel’s newest music video, “Stir Crazy,” encompasses the trivial activity during our days at home in a comedic production. The farthest we go on a daily basis is from the bedroom to the living room, comforted by the same oversized pajama set used for every outfit. She states that this cabin fever track was “inspired by a whole lot of nothingness going on in my life.” And with all the pent-up energy bottled up from not performing or socially interacting, the best release for Gabel was to make a relatable visual to showcase her monotony. While she fights with her dog over the last slice of pizza and frantically tries to keep up with the constant notifications, Gabel’s anticipation for the better days never falter. All of the separation and chaos might have us uneasy and short-tempered, but the singer reminds us to be kind to one another, pandemic or not.