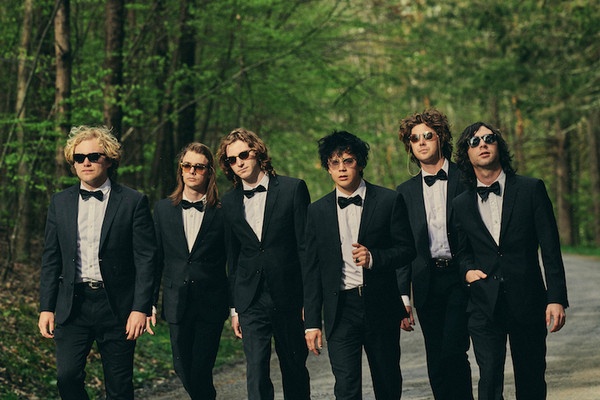 The Nude Party have released their sophomore album, Midnight Manor, today via New West Records. The 12-song set was recorded live-to-tape over six days at the Outlier Inn in upstate New York and mixed by John Agnello (Dinosaur Jr., Kurt Vile). Midnight Manor is the follow up to their critically acclaimed self-titled debut which found the band hitting stages across the globe, appearing at massive festivals like Lollapalooza, All Points East, Splendour In The Grass, Great Escape, Newport Folk Festival, and Bonnaroo, where many publications named them one of the best of the festival. They also supported major artists like Jack White and the Arctic Monkeys—both of whom became full-blown fans and vocal supporters of the band. Midnight Manor has been met with critical acclaim.

In their 4 out of 5 Star review, Mojo Magazine said the “quintessential southern garage band thrillingly embrace the moment… Top Class” while The Line of Best Fit says, “The band started with a really strong debut album, but Midnight Manor somehow takes this to new heights. You’ll hear the Stones, you’ll hear Lou Reed, you’ll even hear a bit of Alice Cooper in there – and you’ll come away having connected with a new, intensely fulfilling sense of cool.” In their 8 out of 10 Star review, Exclaim! called it “the product of undeniable artistic development” while Glide Magazine said, “The Nude Party’s strong 2018 debut found the sextet knocking loudly on the door. With Midnight Manor, they kick it off its hinges.”