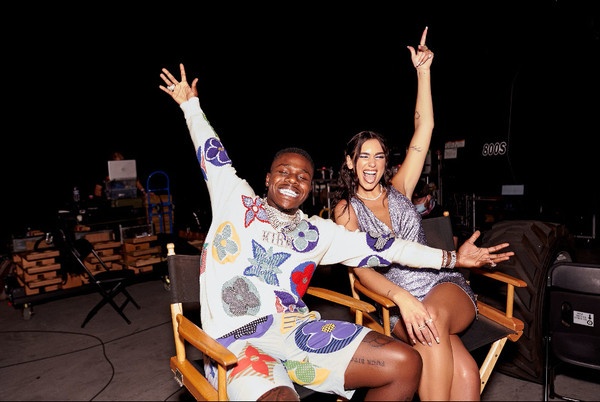 Dua Lipa releases her new single ‘Levitating’; the track transports listeners straight to the dance floor. Produced by Koz & Stuart Price, this funk driven song features a guest verse from Charlotte native DaBaby, the GRAMMY-nominated MC who has claimed two No. 1 albums on the Billboard 200 and has captivated listeners with his high-energy raps, as previously showcased on his hit records ‘SUGE,’ ‘BOP’ and ‘ROCKSTAR.’ ‘Levitating” is the latest track to be taken from Dua’s Number 1 album ‘Future Nostalgia’ which also includes the hit singles ‘Don’t Start Now’, ‘Physical’ and ‘Break My Heart’.

‘Levitating’ is accompanied by a futuristic art-deco styled video, brought to life via a unique, first of its kind partnership between Dua Lipa and Tik Tok, which called on Tik Tok users to create original content ideas for the official video. This resulted in 150K video submissions and over 300M challenge views. The end result sees crowdsourced ideas such as makeup looks, original dance moves and even TikToker’s themselves dancing in the video. Inspired by the Studio 54 aesthetic and the golden era of disco, the video sees Dua transported via a portal to an elevator of illuminated disco lights, partying and even roller girls discovered on Tik Tok! Directed by Warren Fu, who is well known for his work with artists like Daft Punk, Mark Ronson and The 1975.