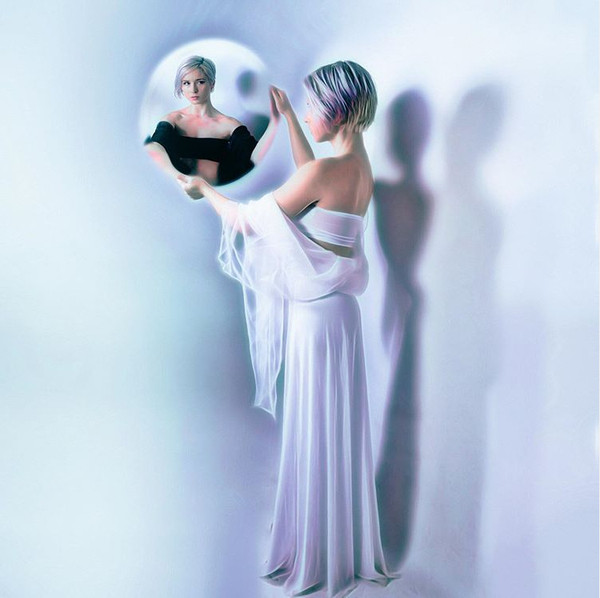 In an awe-inspiring, provocative, and genre-bending listening experience with inspirations taken from both physical and literal surroundings, Los Angeles-based artist ASTRINA released her debut album entitled Between The Mirror today.

Taking us on a journey driven by rhythmic pulsations and dynamic harmonies, ASTRINA effortlessly blends musical complexities alongside her pristine vocals. A mirrored reflection of her own personal journey learning to live with and overcoming bipolar disorder, Between The Mirror reflects a changing perspective. A perspective that is the only thing that lies between what you see in yourself and the world you’re living in, determining the way you experience reality. Her lead single, “Head Held High” is a flurrying display of harmonic intricacies and grace, with multiple melodies interjecting with one another where it’s almost at the point of being hard to follow the lead vocals, and yet sonically blossoms to a euphoric listening experience.

Dynamic and unpredictable, ASTRINA has been a part of the music world for as long as she can remember. Showing an early affinity towards music, she began her studies in classical piano. Fascinated by her own surroundings of the world and the music that it creates, along with her inspiration of composers like Ravel and Debussy, ASTRINA began composing music as an out-of-body escape and freedom from reality. Highly aware of the harmonic and rhythmic patterns that are cliché and overused, ASTRINA instinctively strayed from the norm and focused more on the journey of where the music takes both her and the listener.

It wasn’t until 2018 where ASTRINA transitioned from her budding career as a film composer to launching her own solo artist project. Showcasing for the first time, her delicate, silky vocals, all the while drawing upon the sophistication of her extensive background in classical music, her sound is more strongly influenced by modern acts such as Muse, AURORA, The xx, and Radiohead.

“I’m really more of an artist than a musician […] To create is to channel something bigger than you – something that is too powerful to be contained by your body. Art demands to be expressed in any way possible. The artist simply steps out of the way and allows creation to express itself in a language that speaks to humanity.” – ASTRINA