Award-winning indie band, Catastrophe & Cure have shared their latest single, ‘Another Wave’, taken from their album Somewhere Down the Line’ which was released via töchtersöhne records. The band made their mark when they won the Amadeus Austrian Music Award for their debut album. As recognition for their talent grew, Indie Shuffle named their single, ‘On The Internet’ as one of the Best Indie Rock Songs of 2017 while Red Bull Germany quickly jumped at a chance to interview the band. Catastrophe & Cure have seen significant radio support from Austrian National radio station FM4, as they climbed to #3 on their charts as well as headlines in the FM4 Frequency Festival. They have also toured significantly through Austria and Germany and coheadlined the well-known Popfest. The band have seen significant recognition across streaming platforms, with their play count sitting at nearly 1 million on Spotify. 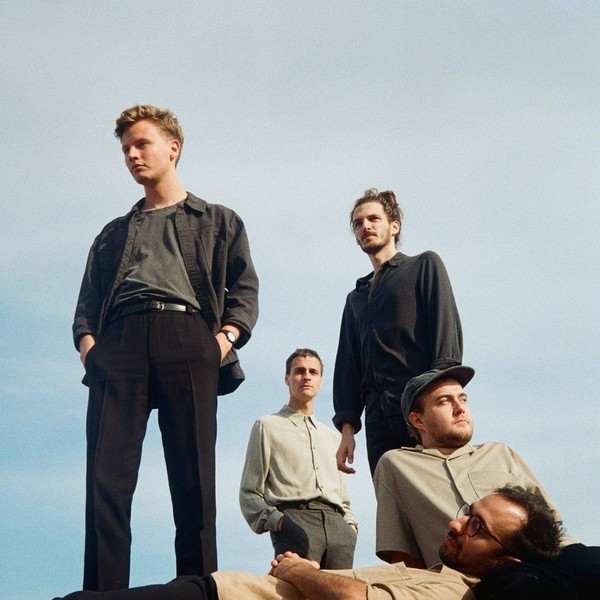 The band, comprised of Johannes Eder (vox, guitar), Lukas Kargl (guitar), Raphael Rameis (drums), Sebastian Kargl (bass), and Maximilian Atteneder (keys) were all born and raised in Steyr, Upper Austria and now find themselves living in Vienna. The quintet are inspired by the classic stylings of Radiohead, The Smiths, Soccer Mommy, Porches, Bonnie Prince Billy, DIIV, Pixies and Smog. Their own sound mirrors these influences, drawing comparison to the likes of Nirvana, Soccer Mommy and Fink.

Easing into the old-school stylings of an indie-rock anthem, ‘Another Wave’ explores the complex relationship between two people. Unpretentious lyrics meet an unhurried melancholic chorus, all highlighted by the bold guitar-driven chords and conveying a simple message: love is complicated.