Most artists grow up listening to music; Baltimore’s Ray Lugar grew up immersed in it, already contributing to the creation of various forms of art from a very young age. His father put a bass in his hands when he could barely hold one. His mother, a Black Collector’s Hall of Fame inductee, had him involved in stage production before reaching double digits. So making music has always been in the cards for Lugar. He’s made his mark with some of the best of the best, having collaborated with GhostFace Killah, Cappadonna, Nice & Smoove’s Smoove B, R&B chart-toppers Ruff Endz, and Dru Hill’s Scola and Jazz. The Collective Force, his latest and greatest endeavor, has been aligning world-renowned artists and musicians in the studio and onstage, and stands as a powerful voice for all people. 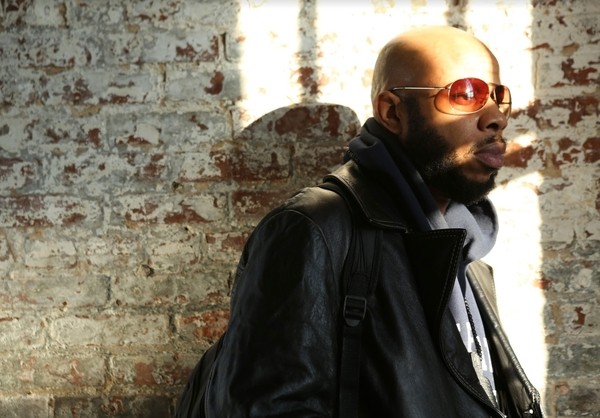 Our current culture of money just isn’t working – and something has got to change. Ray Lugar & The Collective Force believe that it will change, and they’re at the forefront of that. Compromise holds no currency once Ray Lugar & The Collective Force grab their guitars, their sticks, and that mic. A bulldozer groove clears a path for Lugar’s scorched-earth lyrics and the hard truths they hold. With a punk rock rasp and a Chuck D-like command of global politics, the man’s not here to bend an ear; he’s come to tear it off and school you with the help of some major decibel levels – and Master Butcher’s killer guitar and bass. A sinister riff repeats throughout the track, a warning of darkness to come. A chorus of fallen angels backs the chorus’ taunting, told-you-so melody. “Paper Cha$e” is the first single off Ray Lugar & The Collective Force’s latest album, appropriately titled Force of Nature. Brothers and sisters, this is music made by crazed street preachers sent by a higher power, who have seen behind the curtain and can’t hold it in anymore.

Lugar himself directed this performance clip, capturing the band at the height of their powers, united onstage against the forces of evil. Clad in the cartoonishly devilish masks of our ex-presidents and rocking against a solid white backdrop, who exactly are Ray Lugar & The Collective Force doing battle with? The video, says Lugar, “was inspired by longtime social and political practices used by society to manipulate the people into the culture of money.” A night-in-the-life narrative of commerce and criminality unfolds outside the live show. Money stealthily changes hands on street corners, civilians go about their business, while men in Scream hoods make their business to relieve folks of their cash at gunpoint. All in the game, though, when life is just one big “Paper Cha$e.”