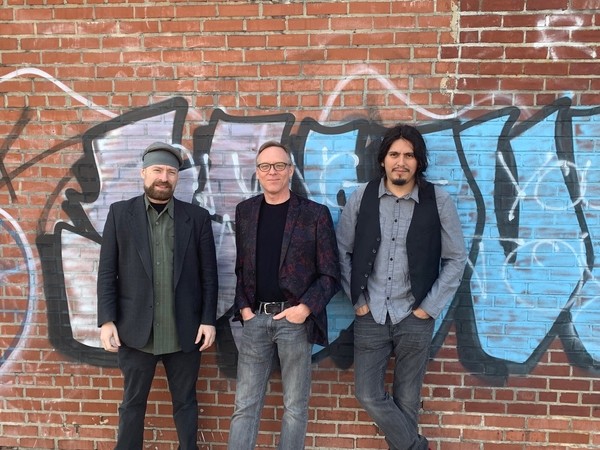 When a few musicians decide to plant their flag in Brooklyn and join forces is when a scientific fusion takes root and gives birth to great music. This was the case when Brother Dave, guitars, and vocals; Chas Rio, bass and David Cornejo, drums combined to form what is known as Bushwick Blooze. They have made Brooklyn their home as they all came from different parts of the world.

Chas Rio is originally from upstate NY; David Cornejo is a native Peruvian and Brother Dave is a Brooklynite. The group has managed to combine their unique talents like Brother Dave’s mastery of guitars of all types, David with his technical drumming skills to Chas’ straight-forward bass style. The type of category they like to be considered would be a blues-rock style.

Chas was the one who recruited the talents of David Cornejo and Brother Dave in the spring of 2018. Then is when the band name took shape in the Bushwick Blooze Band. So far, the band has played in numerous venues since their inception. Their first stage appearance was at the Queens Brewery which was a successful experience. According to the band one of their favorite venues is Rockwood Music Hall in Manhattan. Their last gig was playing at the Rockwood right before the pandemic hit.

Eventually, the band would release an album called “Cryin’ for the L Train” which was released in January 2019. The cover album was meant to honor the blues artist’s of the past. It featured songs from such legends like Little Richard, The Allman Brothers Band, Freddie King, and Eddie Vinson. Currently, they released the first single “Lonely and Blue,” from their upcoming original album entitled “Yes Dear”. They are putting in some finishing touches for the album with the assistance of the Grammy-nominated mixer, Daniel Alba, and the Cutting Room Studios. The project will feature a combination of traditional blues, blues-rock tunes, to jazz-influenced songs.

Even though the band has not been able to conduct any live performances they have received positive feedback online for their music.

“It’s hard to get feedback from an audience because we haven’t had live shows since March, but we’re able to circulate news about the releases online and we’re getting good support and feedback, although it’s slow. I always try to keep a positive mental attitude and I feel like we’re making good progress, but we’ll be ready for live music as soon as it’s safe to do so,” said Chas.

The upside is during the lockdown people were offered the opportunity to explore new music like blues and jazz. That being the case was helpful for the band that caters to that genre. As far as upcoming plans, the band is looking to release the full album “Yes Dear” in March of 2021 and to take it on the road as well.

To keep updated on this and other news visit them at – http://www.bushwickblooze.com