What does it mean to be “All Amped Up?” It means you’ve put everything in overdrive: your guitars, your beats, your attitude, and your ambitions, too. When you’re all amped up, your excitement is apparent – you’ve left your reservations behind in the dressing room. You’re going to hit the stage with exuberance and confidence, and you’re going to run your signal through the loudest, dirtiest amplifier you can find. Tom Keifer #keiferband specializes in getting amped up. “All Amped Up,” the latest single from the acclaimed RISE, finds the members of the group at their fieriest, their most swaggering, their loudest, and their most kinetic. They’re amped up, they’re turned up, and they’re ready to rock. 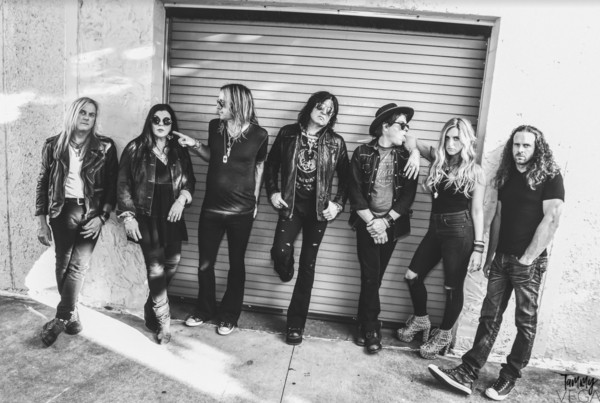 RISE is available on all formats at https://orcd.co/tomkeiferrise, including CD (digipak), vinyl (in your choice of red, blue, or green) and digital.

The song is a centerpiece on an album with no shortage of amplification. #keiferband is a ferocious unit, and this track is a showcase for their talents. Tony Higbee’s guitar snarls, slashes and saturates the track with gorgeous sleaze. Drummer Jarred Pope slams hard on the accelerator and bassist Billy Mercer steers txhe car straight ahead, unswervingly, splashing mud and gravel as the engine roars. Savannah Keifer and Kendra Chantelle’s soaring vocals lift the track with electrifying chills while Kory Myers burns on the B3. And then there’s the man in the middle: Tom Keifer himself, a human embodiment of amplification. Stalking the stage with that unmistakable voice and screaming guitar, Keifer is performing better – and rougher – than he ever has. “All Amped Up” from #keiferband’s album RISE is Keifer’s signature, classic sound on steroids. The same sound that fueled the multi-platinum, hard hitting blues-rock group Cinderella, which he founded in Philadelphia in the early ’80s, to the tune of 15 million records worldwide.

Over two decades in the spotlight, Cinderella built a reputation as a tremendous live act: a touring party and a celebration of hard rock verities. Keifer was always the center of that party, and #keiferband brings it back to life with energy and color. Tammy Vega’s clip for “All Amped Up” captures the group in a concert setting, fully amplified, charging through their song with delightful abandon, whipping up a crowd of dedicated hard-rock lifers into delirium. But the clip also takes us backstage, where the members of #keiferband jovially prepare to bring the thunder. The unbreakable bond between these musicians – and between Tom Keifer and his fans – couldn’t be any more apparent.