Start spreading ‘The Les Fradkin News’ because this is by far the most crucial project to date for the multifaceted artist, producer, keyboardist, songwriter, composer and MIDI guitarist, Les Fradkin. What makes this new release extra special is that it serves as a premonition record for Les based off of songs he wrote and recorded 17 years ago on ‘Reality- The Rock Opera’. The songs are revisited on his latest album and the lyrics have come to light in 2020. Embrace the Present, Prepare for the future and allow ‘The Les Fradkin News’ to awaken your senses. 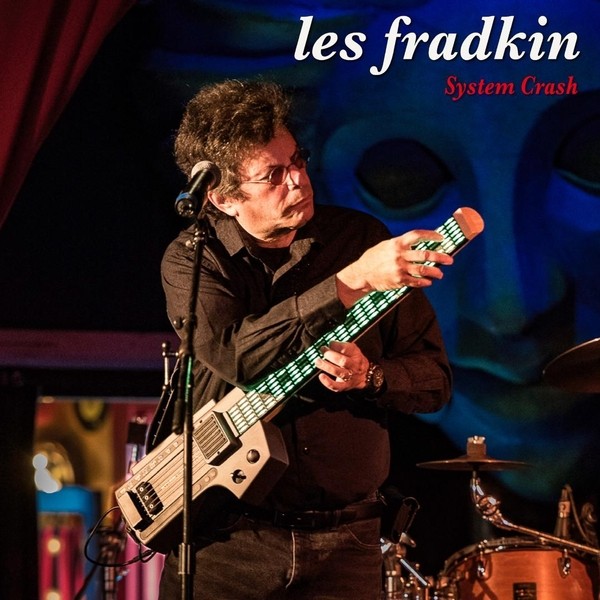 When we originally wrote and released “Reality”, we were telling a story about a possible Dystopian Future-the decline of America from unseen forces. Some of the songs, such as “Everything Is Wrong” spoke to some people. But until now, the impact was uncertain. Now, every review of the album and the single (“System Crash”) agrees that we predicted the current moment.

J Rae: When we spoke over the phone, you had mentioned that this new project is your ultimate achievement to date and that all of your previous accomplishments were leading to this one, specific & special moment in time.  What is so incredibly significant about ‘The Les Fradkin News’ and why does everything else you’ve done in the past pale in comparison?

Many of my past songs also offered predictions of things to come- “God Bless California”, (“You’re the only State with the sacred honor, to sink into the sea..” “The State of Oregon is taking up a stand”), among them. What is significant is the breadth and depth of detail in the ‘Les Fradkin News’ songs which describe, in vivid detail, current events.

J Rae: What originally sparked the interest in reissuing tracks on ‘The Les Fradkin News’ that you wrote and recorded 17 years ago?

Their time had come.

J Rae: The featured single on the new album is called “System Crash”.  How does this song stand out from the rest and what is the “System Crash” all about Les?

J Rae: There is also a music video for “System Crash”, (https://www.youtube.com/watch?v=2dsjcNNa55c&feature=youtu.be), and wonder how the visual element enhances the song?

Well, in the video, you can see me perform the song on my Starr Labs Ztar. The end of the video portrays a world devoid of population.

The version in the video is the original long version-over 7 minutes long, in fact. The single was edited for Radio play.

J Rae:  As a highly skilled player and musical technician, I would love to know all of the instruments used on ‘The Les Fradkin News’ as well as sound equipment and audio software?

The Electric 12 string, which appears occasionally through  the record is a Rickenbacker 360/12v64 (similar to the George Harrison “Hard Day’s Night” model). Guitar sounds were achieved with a Roland VG8EX, a Tom Scholz  Rockman Module System and an Epiphone SJ-300 Acoustic Guitar. The Bass was a Rickenbacker 4001 v63 (similar to the Chris Squire model). Keyboards were Roland XV-5080, VK-7 Organ and Piano. Software included sounds from Arturia, Native Instruments and the GForce MTron Pro (Mellotron). In particular, the Flute, Violin and Oboe patches of “System Crash” are Mellotron sounds from the Mellotron MkII library. The album was recorded in Logic Pro on a Mac Laptop with Focusrite and Behringer Hardware.  New overdubs for the 2020 release were achieved with my Starr Labs Ztar Midi Guitar and Hallmark guitars. Mixdown and Mastering were done with Logic Pro.

J Rae: How are you currently promoting the new record and where can people find ‘The Les Fradkin News’?

The single and album are being skillfully promoted by Whiplash PR. The music is available at iTunes, Amazon, Spotify and other fine stores.

J Rae: Anything else new or exciting going on in your life and doesn’t necessarily have to be music-related?

Enjoying the sunshine and a slower pace of life.

J Rae: If you had to choose one word that best describes ‘The Les Fradkin News’, what would that be and why?

Truth. Why? Self evident.

J Rae: With your album serving as a real eye-opener for today’s society, do you feel ‘The Les Fradkin News’ can be a helpful guide and/or tool for people everywhere?

Woody Guthrie once said: “It’s a folksinger’s job to comfort disturbed people and disturb comfortable people”. I am a Neo Classical Progressive Rock Artist, and I consider these songs, very important to current and soon to come future events. Some will agree. Others won’t. “Some folks like the status quo, other ones see thru a new rainbow”.

J Rae: I always end the interview on a positive note, so then what do you think is the true answer toward achieving ultimate peace, happiness and prosperity?

Just one thing. Each person has to figure that out for themselves.