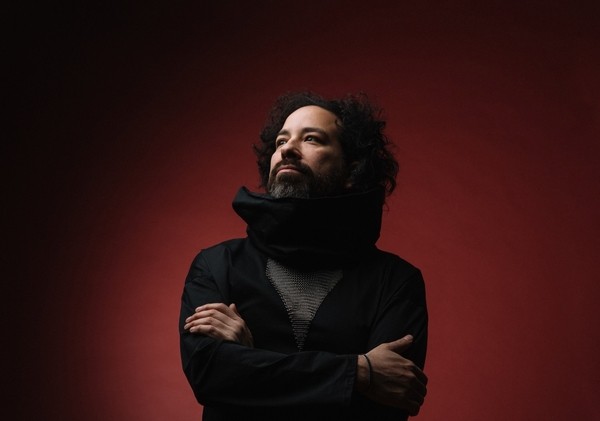 Isolation is easy. Too easy. It takes something powerful to call us forth and heal us from whatever sent us scurrying away in the first place. Hidden Beams’ Carlos Argon constructs avant-garde and pop-rock songs from found sounds, improvisations, and composed sections. But, he says, “regardless of experimentation, the focus is always on creating healing, soothing and, sometimes, jarring songs.” Carlos has released many albums, performed and recorded around the world, but Hidden Beams is the outlet he taps into to connect himself to others. “Hidden Beams” is a metaphor for these invisible forces that shape our lives, push and pull us, and, under ideal conditions, bridge the gaps between us. And perhaps no song in Hidden Beams’ catalog is a better example of Argon’s need to fire up those unseen networks than “Hidden.”

Argon creates expansive, pop-savvy songs that carry on the sonic lineage of Syd Barrett, Vladimir Ussachevsky, The Beatles, The Cure, Bowie, and Hendrix, but it’s the grasp of their ability to speak the complex language of the human condition that sets Hidden Beams apart from their peers. “Hidden” is an intensely personal take on one man’s struggle to resist the very attractive darkness and silence of isolation. Music convinces him that stronger and more numerous human connections are what’s true and that being a “force of majesty” is what awaits those who emerge from the false tranquility of being alone. Co-produced with Eli Crews (tUnE-yArDs, Son Lux, and Sean Lennon), the cathartic ballad “Hidden” draws equally from 1980s darkwave and stately, orchestral pop. The song is a bold step outside of his comfort zone, and it asks only that the listener consider taking its hand and doing the same.

Loosely, based on his own experience growing up with an abusive stepfather in a small, racist Texas town, the clip for “Hidden” is an arresting visual collision of multiple animation styles.Flashbacks to traumatic memories, drawn in pen and grayscale watercolors, establish an uneasiness and tension and provide a simple, powerful backstory for the video’s protagonist. Director Martyna Koleniec masterfully creates this enchanting world of stop-motion filming with the help of cinematographer Ondřej Nedvěd.