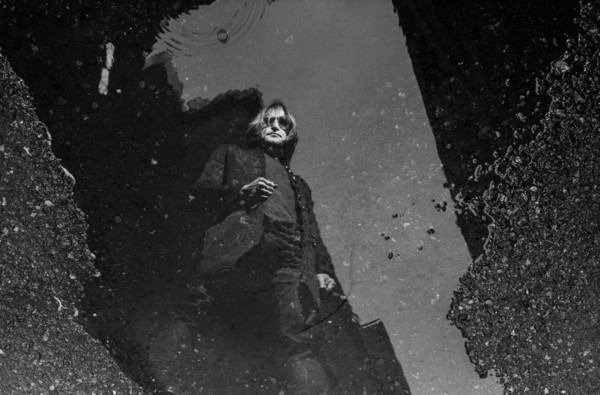 Gaze upon Glorybots, and you’ll get the feeling that Seattle’s Jalal Andre has probed the catchiest, smartest specimens of Earth’s “rock n roll,” and with the efficiency of a far superior alien civilization, cranked out his own awesome and otherworldly take on it. The pop explorer, singer/songwriter, and multi-instrumentalist makes post-rock in the vein of more stripped-down Muse, a slightly more optimistic Radiohead, and a far more spaced-out Reznor. For his sophomore album Invisible – the followup to Dark Alien Pop – he recruited Matt Bayles, the keyboardist for Minus The Bear who’s also known for his work with The Classic Crime, Isis, Soundgarden, Pearl Jam, and Norma Jean. Here’s hoping that Glorybots will tell their home planet that the saucer has a busted Quantum Carburetor, and stick around.

There’s certainly a darkness to the chord progressions on “Radiate,” as well as its propulsive rhythm and even Andre’s airiest melodies. But there’s an undeniable joy at work here, the wanderer’s thrill of happening upon something wonderful and unexpected. As listeners, it’s tough to resist going along for that ride. The track casts a spell that’s not-so-distant from late-period Swervedriver, fellow die-hard space travelers and aliens among us. There’s no shortage of songs dedicated to the Golden State, and so sing Glorybots: “Oh, it’s in the way girl / You look at me / Oh, it’s in the way girl / You twist and tease / Sunny California, ooh / How we adore ya, ooh.” But “Radiate” does what great rock songs do — it puts you in the gravity boots of someone locking eyes on a life-changer for the very first time. Glorybots have made a song about discovery, that deserves to be discovered.

Sci-fi fans rejoice: the video for “Radiate” is a classic take on extra-terrestrials trying, with varying degrees of success, to blend in with humanity. Top-notch animation with a scrappy, homegrown feel tells the tale of two plucky young interstellar adventurers on a trip to our little blue marble. While here, they discover the joys of selfies, surfing, and starting a band. Along their journey down the West coast, they leave behind mesmerizing, kinetic pieces of alien technology, wowing the natives. Once back on their ship, their true intentions are revealed. Is it world domination? The plundering of our natural resources? Well, it’s kind of sweet, but also kind of really dark. They describe their music as “dark alien pop”, after all.