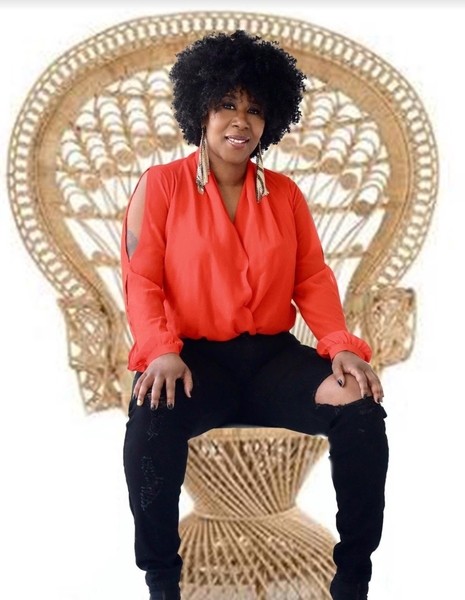 Gospel artist Tisha Hunter was gifted by God before she even recognized it. Eventually, she accepted the guidance and is now giving her all to praise his name. Tisha Hunter, born and raised in Harlem, is no stranger to the industry. In the early 90’s Tisha Hunter achieved great success as being part of the R&B girl group Ex-girlfriend. The group was signed to the Warner/Reprise label by music industry legend Benny Medina. Their hit single “Why cant you come home scored #3 on the Billboard charts written by some of the hottest producers of Full Force. The prosperity incline kept increasing with appearances on Soul Train, BET, Showtime at the Apollo, World tours, Music Videos, Movie soundtracks. Ex-Girlfriend was the opening act for the legendary artist known as “Prince” In 1992 at the Jack the Rapper music convention and was later invited to perform at his club in Minneapolis.

After the group disbanded, Tisha did not stop there, she kept at her craft while singing backup for J.T. Taylor of the legendary band “Kool and the Gang”. Tisha then became a member of the group RCE which is now RJC Productions. As part of the Gospel group RCE they had appearances on the Dr. OZ show and released their first hit single “Comfort me” which was balloted for a Grammy Award.

Tisha experienced some losses in her life. Her Mother, Grandmother, Grandfather and Husband. All this happened at different times in her life but it never stop her from losing her passion to sing. Tisha was searching to fill a void in her life. That is when she became a dedicated disciple in 2004 at The St. Luke Baptist Church in Harlem where she served as a choir disciple and was elevated to leadership by her Pastor, the late great Johnnie G. McCann Sr. where she now serves as the Choir Director and Psalmist. In 2019 Tisha released an awesome gospel song “ALL we know” written some amazing producers the late Bob Arrington and Mark South. Now signed to RJC Productions with her current gospel single “Right Now” featured on the “Exodus” compilation album and video soon to follow, Hunter combines her two passions in life: to sing and write songs that will give glory to God and encourage others. Her affability is inspired by her favorite scripture: “Matthew 6:33″: Seek Ye first the kingdom of God and his righteousness, and all these things shall be added unto you.”

The importance of water tends to be overlooked; it has many functions and purposes in everyday life, but psychologically it appeases us much more. In literature, water symbolizes purity, renewal, and cleansing. In the context of the bible, water encompasses all of those tropes and more; it can purify the soul and commence the admission into faith. Hence, the very suitable scenery for Hunter’s newest music video, “Right Now.” She is the centerpiece of the sparkling dockside backdrop, opening her arms wide to give herself to God. Yet, she already has entrusted herself to Him; now it’s your turn. The luminous sky and calm waters are a persuasion in itself to show off God’s work, but Hunter encourages listeners to see the light. The pleasant piano supports her soulful voice, and as she bounces with elation, we can only be reminded of the fulfillment the Lord brings.