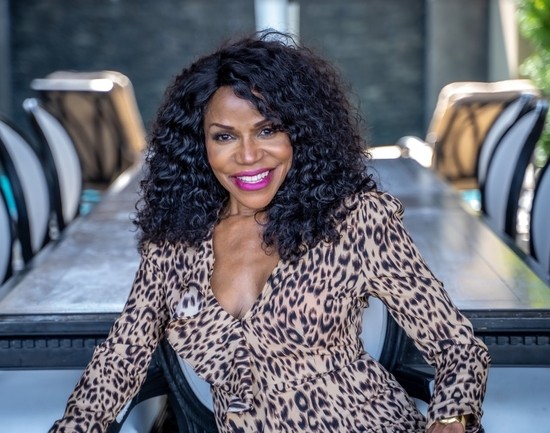 If the best compliment a great artist can give a singer is a gig, then it’s fair to say that few vocalists are as heralded as Sharon Hendrix is. Her résumé is a whirlwind tour through the whole history of post-Beatles pop, and it speaks powerfully of her versatility and commitment to her craft. Over a career that spans five decades, she’s exhibited the same total dedication during sessions she’s cut with virtual unknowns as she has when working with undisputed Hall of Famers like Bob Dylan, Elton John, and Stevie Wonder. New wave pop stars like Olivia Newton-John, fearless fusion artists like Billy Cobham, soul pioneers like Dusty Springfield, folk storytellers like Harry Chapin: Sharon Hendrix has sung with them all. Since 1978, she’s been enlivening the theatrical songs of singer-songwriter Barry Manilow, one of the most successful artists in the history of adult contemporary music. She’s toured the world with him, recorded with him, and duetted with him on his popular 1985 rendition of the soul standard “Ain’t Nothing Like The Real Thing.”

It’s telling that the music Sharon Hendrix makes as a solo artist – music like her recent single “Believe and Become” – sounds remarkably contemporary. She hasn’t discarded a single lesson she’s learned from her time singing with the greats, but she keeps one ear to the radio, determined to put her characteristic spin on modern pop. “Believe and Become” is an empowerment anthem as full-throated and inspiring as anything by Katy Perry or Adele. Hendrix brings all the vocal pyrotechnics that have made her an in-demand support vocalist – she purrs and roars, gets conversational, heats up the room, and just as surely, cools it down to a soothing chill. This is a performance in the truest sense: it crests and ebbs, builds and recedes and builds again, it takes the listener by the hand and tells her an unforgettable story.

The “Believe and Become” clip is a pure showcase: this is Hendrix in complete command, dominating every frame, delivering her message with a combination of warmth and urgency that’s entirely hers. The clip ends as Hendrix raises her voice on behalf of everybody who needs and deserves a second chance.